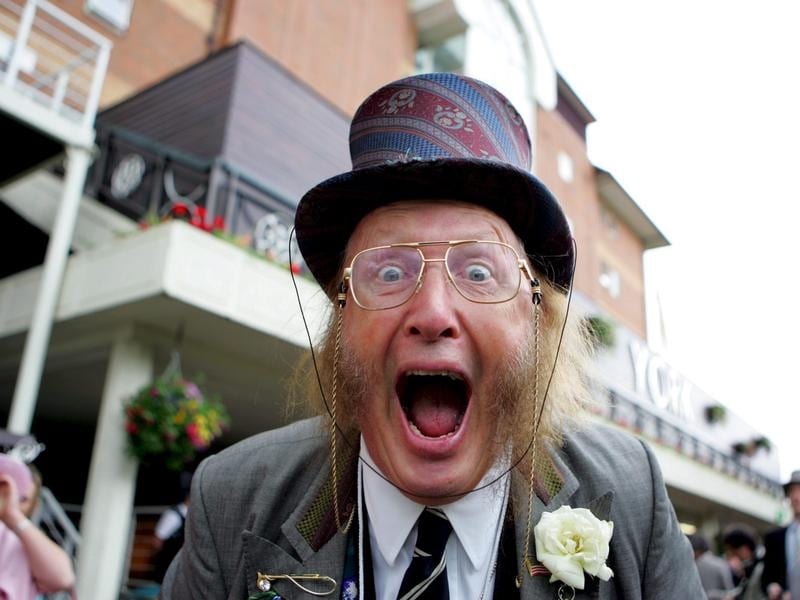 McCririck – known as Big Mac to many in the racing world – was for many years the face of British horse racing.

The 79-year-old was a regular on British television – featuring on Channel 4’s coverage of the sport and made an appearance on reality shows in his later years.

His wife Jenny, who he affectionately called the Booby, told The Sun he did not want his fans to know about the severity of his condition.

“The cancer was small and you would normally have an op to remove it, but because he was so ill he couldn’t do it,” she said.

“They said they would have killed him if they had done an operation.

“The cancer spread and whenever he had immunotherapy it left him weaker and weaker and then you get an infection.”

She also paid tribute to the doctors who cared for McCririck, saying “they did all they could”.

In 1981, McCririck joined ITV Sport’s horse racing coverage, which then moved to Channel 4, where he would spend more than 25 years at his familiar spot in the betting ring.

He first took part in Celebrity Big Brother in 2005 along with Caprice Bourret, Germaine Greer, Jackie Stallone, Bez and Kenzie.

He caused controversy with his views on women but was back to take part in Ultimate Big Brother, featuring housemates from previous series.

McCririck also appeared on Celebrity Wife Swap – where former politician Edwina Currie tried to get him to cook and clean.

He acrimoniously left Channel 4 Racing in 2013, subsequently losing an age discrimination case made against the station and production company IMG Media Limited, which Ms McCririck said left him “devastated”.

She said her husband would be cremated and have his ashes scattered at the site of the furlong post at the former Alexandra Park racecourse in London, where he first fell in love with the sport.