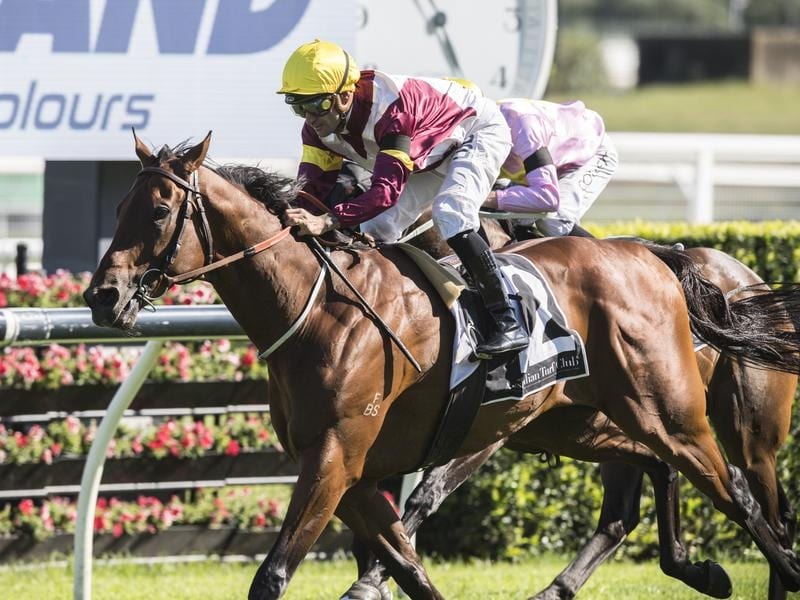 The Matt Smith-trained Fierce Impact is on target for the Scone Cup ahead of the Doomben Cup.

Talented import Fierce Impact remains on track for his Group One target despite a forced change to his lead-up race.

Warwick Farm trainer Matt Smith had planned to run Fierce Impact in last Saturday’s Hollindale Stakes (1800m) at the Gold Coast in preparation for the Doomben Cup (2000m) on May 18.

With the order of entry to the Hollindale based on prize money, Fierce Impact did not have enough to make the field and he instead runs in Friday’s Scone Cup (1600m) before heading north.

“As it’s turned out it may be a good thing he missed the Hollindale because it was wet and now he gets to run on a good surface at Scone which is a nice big track,” Smith said.

“The delay won’t affect him at all.

“Hopefully he gets the job done at Scone and then gets to the Group One.

“I’m extremely happy with him going into Friday.”

Fierce Impact finished midfield in the All Aged Stakes (1400m) on April 20 , little more than two lengths from the winner Pierata.

He carries 56kg in Friday’s Cup with Jason Collett to ride.

Destiny’s Kiss and Tom Melbourne are the equal topweights with 59kg.

Smith’s other runner at the two-day carnival is Aqua D’Ivina in the Group Three Dark Jewel Classic (1400m) on Saturday.

The four-year-old’s career has been restricted to nine starts mainly because of her recovery from colic surgery.

“She had almost a year off after the surgery,” Smith said.

“There are no lasting effects from it and she is working really well.”

With the meeting being held in the NSW breeding heartland, Aqua D’Ivina is a good advertisement for the industry.

She is by Pierro, the champion two-year-old of his year, out of Aqua D’Amore, the 2007 Futurity Stakes winner and placed in several other Group One races.