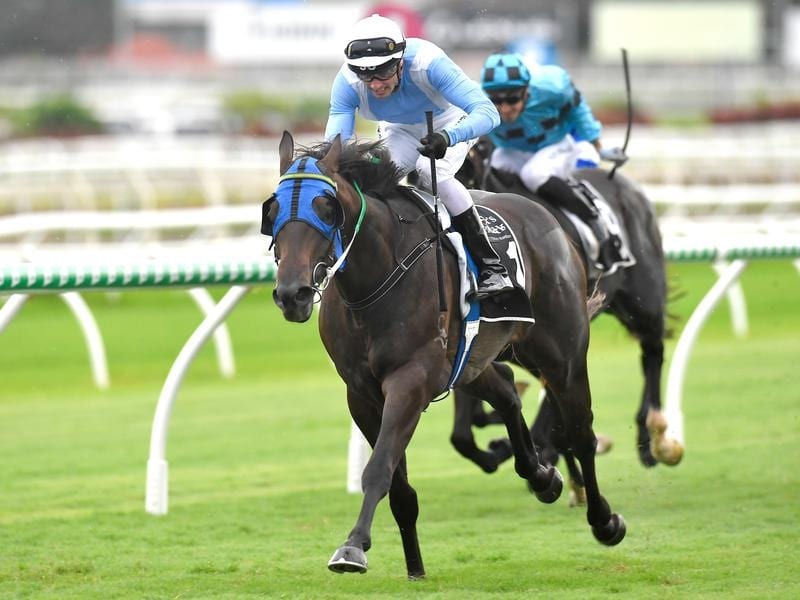 Master Jamie must overcome a significant weight challenge to be successful at Eagle Farm.

Rockhampton flyer Master Jamie will have to carry the biggest weight to win on a Brisbane racetrack in 23 years if he is to take the Mumm 3YO (1200m) at Eagle Farm.

Master Jamie quest for a 12th career win has been complicated by having to carry 63.5kgs on Saturday after trainer Graham Green opted to stick with senior rider Les Tilley instead of claiming.

“Master Jamie has come back well from a break after contracting Ross River fever. He carries weight well so I really don’t have any worry.”

If he is successful Master Jamie will carry the most weight to win in a Brisbane race since Group One performer Chief De Beers scored at Doomben with 64.5kgs in April 1997.

Several horses have won since in Brisbane with 63kgs but none with 63.5kgs.

The most weight carried to win a TAB race in Queensland was Oakleigh Plate winner Swiss Ace who dead heated with 68kgs in a Sunday class Caloundra Open in August 2009.

The overall Brisbane record is held by Auction who carried 12st 6lbs (79kgs) on the now closed Albion Park sand track in 1942.