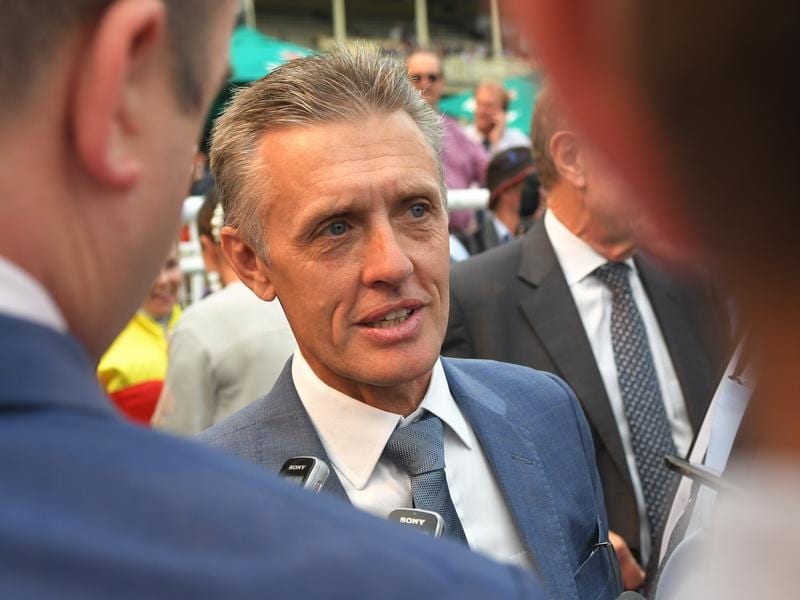 Trainer Mark Newnham hopes Arousal can build on a Canterbury win when she runs at Randwick.

Mark Newnham believes Arousal is a stakes filly in the making and she will be given the chance to capitalise on a last-start win when she lines up at Randwick.

She will be the trainer’s only representative at the meeting on Saturday when she runs in the Benchmark 72 for three-year-olds over 1300 metres for which 13 nominations were taken on Monday.

Arousal was among original entries for the Magic Millions Guineas but Newnham will be relying on the more experienced Diamond Thunder, the second favourite for the $2 million feature at the Gold Coast on January 11.

While Arousal failed to get that far, Newnham has no doubt she can develop into a Group class filly after her comprehensive win at her second start on December 13.

“She won well at Canterbury so we will give her another start before a short break,” Newnham said.

“This race should suit.

“I think she can come back and run in the three-year-old fillies races at the back end of the autumn carnival, races like the Group Three P J Bell and James Carr stakes.”

As well as Diamond Thunder, Newham will be represented by Every Rose in the other $2 million race on Millions day, the 2YO Classic.

The filly ran second in Saturday’s B J McLachlan won by King’s Legacy and is on the second line of betting with him in the Classic.

While pleased with how both have come through their races, Newnham admits Alligator Blood has the edge in the Guineas at the moment.

“We are going to need some good luck and he will need some bad luck,” he said.