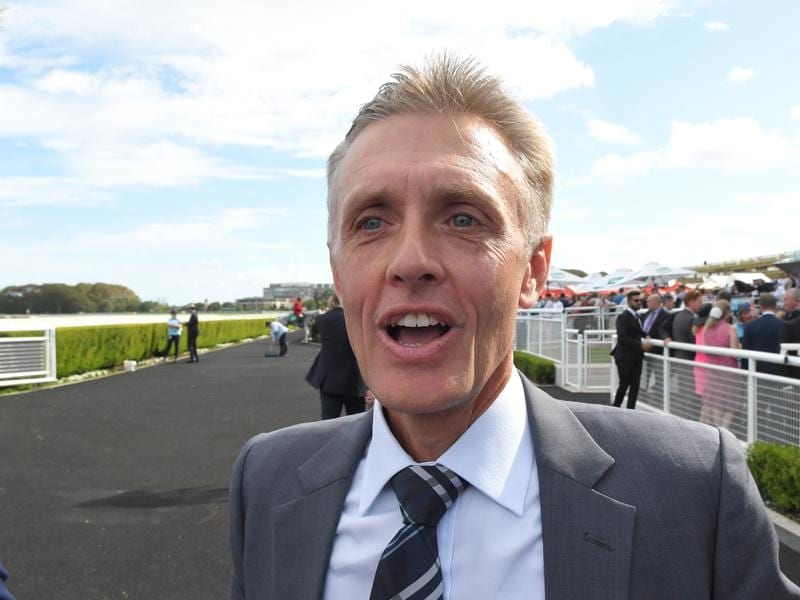 Trainer Mark Newnham is keen to see Scarlet Dream over 2400m in the Queensland Derby.

Sydney trainer Mark Newnham had a super Saturday but he is growing in confidence he can do even better this week in a Group One race.

Newnham is well known in Queensland from his days as Gai Waterhouse’s foreman but he is rapidly making his own name in his two-year training career.

He trained three winners in 40 minutes on Saturday with Shadow Hero and Diamond Thunder at Doomben and Splintex at Rosehill.

Shadow Hero is headed to Saturday’s Group One J J Atkins at Eagle Farm while Diamond Thunder will spell with the Magic Millions Guineas a possible target next year.

But first Newnham will be putting the final work into Scarlet Dream as she heads to Saturday’s Group One Queensland Derby at Eagle Farm.

Scarlet Dream, the Australian Oaks runner-up, was not an acceptor for the Queensland Oaks on Saturday.

“I am comfortable in my decision to miss the Oaks and wait a week for this Saturday’s Derby,” he said.

“I felt she didn’t handle the smaller Doomben track when unplaced in The Roses.”

“A big track and 2400 metres at Eagle Farm suits her perfectly and she is doing well.

“I came up early to watch her work on Saturday and I will be back for her final work-out on Tuesday.”

Scarlet Dream has won two races and $237,000 prize money which means she will have no trouble making the Derby field which had a large first acceptance.

A Scarlet Dream victory would be Newnham’s third Group One win for the season.

He won the Spring Champion Stakes with Maid Of Heave and gthe Surround Stakes with Nakeeta Jane.

“Things are going well but you never get ahead of yourself in this business,” he said.