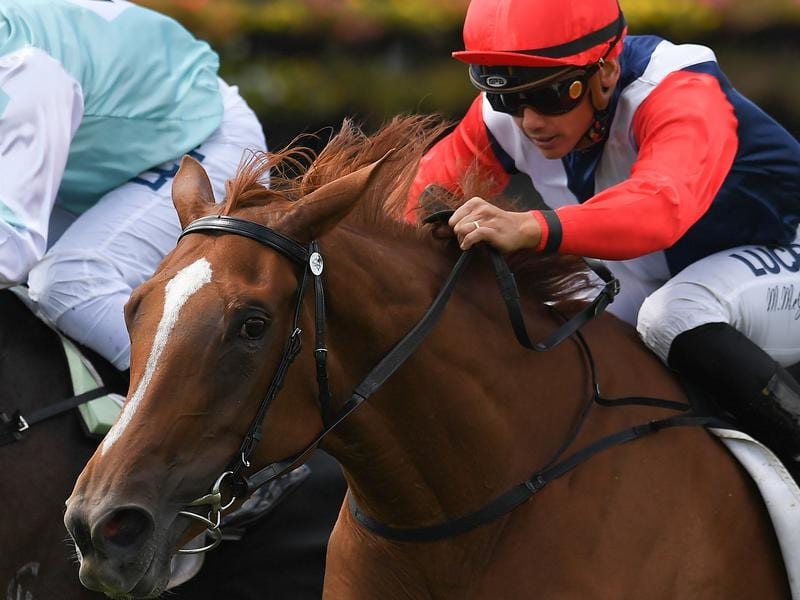 Winning Ways is favourite to win the Queensland Horse of the Year on the strength of her Group One Oaks and Listed Gold Coast Bracelet wins during the winter.

Matt McGillivray rode Winning Ways in both wins but he will miss her return in Saturday’s TAB Handicap (1350m).

He has been stood down by stewards until the results of a urine sample are available.

McGillivray was originally stood down after he could not provide a sample because of dehydration at Eagle Farm on Saturday.

He did give a sample the next day but stewards ruled he must remain sidelined until the results are known.

“I feel really sorry for Matt as it seems most unusual. But Ryan is riding in good form and he is a readymade replacement,” Newham said.

Winning Ways is entered for the Caulfield Cup and Cox Plate but Newham said the mare would not run in the latter.

She has been given 51kg in the Caulfield Cup which over the years has been a good race for Queensland Oaks winners.

“The Cox Plate was out of her reach this year but if things go OK we can try the Caulfield Cup,” Newham said.

“But there is no pressure to head to Melbourne. We will have a better idea after Doomben.

“The Trophy is at 2400 metres this season which really suits her.”

Winning Ways had to serve a three-month ban after bleeding during her Oaks win.

“It was a very small bleed and she has pleased me since she returned,” Newham said.

Winning Ways was bought by the late Paul Makin who died just before the Oaks and the mare is now raced by his estate.

“They are keen to race the horses we had at the time of Paul’s death but after that it will be the finish for me,” Newham said.

Newham, who trained multiple Group One winner Starcraft for Makin in the early 2000s, came out of retirement to train several horses for the owner including Winning Ways.