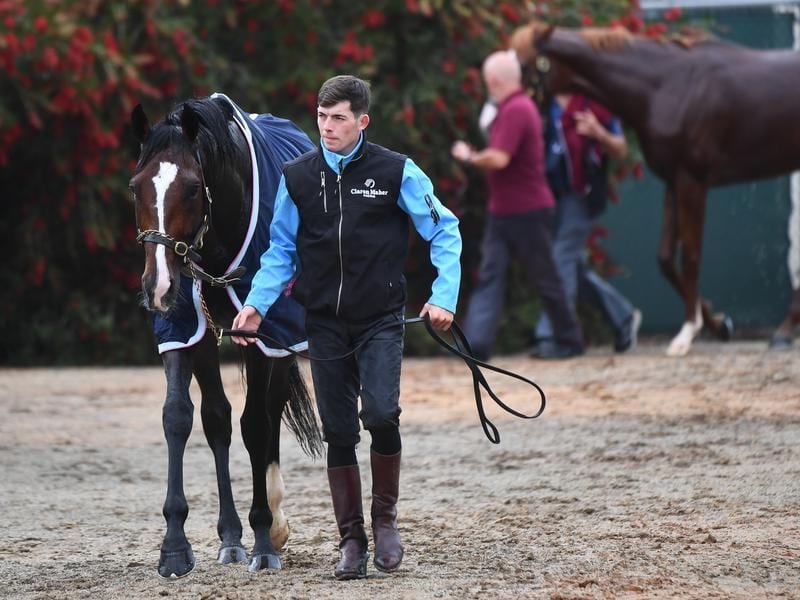 Irish horse Southern France will have his first start for trainer Ciaron Maher in the Melbourne Cup.

Ciaron Maher reckons champion Irish trainer Aidan O’Brien owes him a big-race win which he hopes will come with Southern France in the Melbourne Cup.

O’Brien claimed the Diamond Jubilee Stakes at Royal Ascot in 2018 with Merchant Navy after the then three-year-old had done his early racing with Maher..

“I joked with Aidan that we sent him over Merchant Navy in good order and I said he owes us one back,” Maher said.

Cup contender Southern France officially came under the care of Maher and co-trainer David Eustace after his last start third in the Irish St Leger at The Curragh on September 15.

Maher has visited the Werribee quarantine centre several times to watch Southern France and has been reluctant to change too many of O’Brien’s methods.

“He’s gone right through our vetting process and how we treat horses and what we do with them leading into a race,” Maher said.

“But there was no point altering his whole feeding regime, I think that would be stupid for any horse.”

T J Comerford, the travelling foreman for O’Brien, said it was difficult for Maher who is a very good trainer in his own right.

“Ciaron knows how to train good horses and in fairness to Ciaron he’s working away with us,” Comerford said.

“I think Ciaron has been very clever with what he’s doing and in fairness, he trusts us.”

Comerford is wary of Southern France and while he would like to see one of his trio successful on Tuesday, he will be as pleased if Maher succeeds.

“He was third in an Irish St Leger with Kew Gardens second and Kew Gardens has come out and beaten Stradivarius.