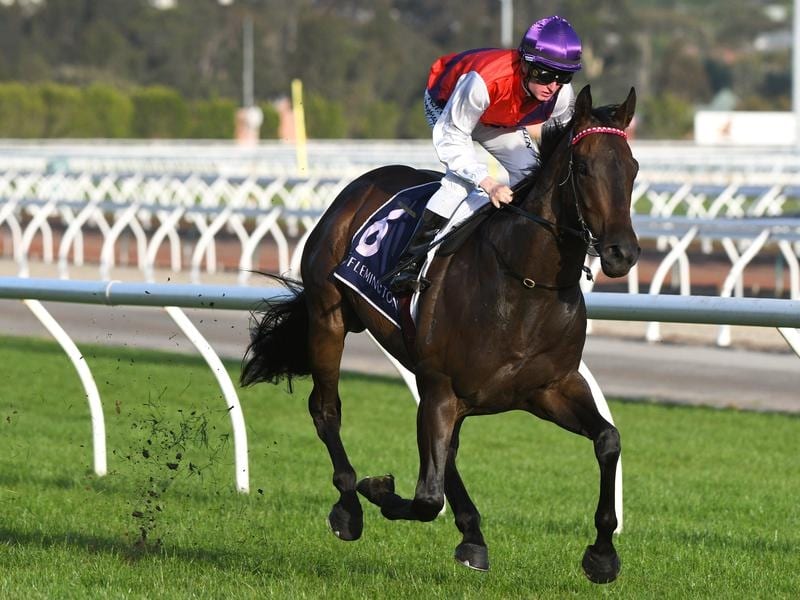 A Magic Millions 3YO Guineas start is on the radar for Flemington winner King Of Hastings.

Next month’s $2 million Magic Millions 3YO Guineas will be considered for King Of Hastings after he returned to winning form at Flemington.

The Anthony Freedman-trained gelding’s spring was cut short in late September to target summer races but the three-year-old returned from a let-up with an unplaced run in the Magic Millions 3&4YO Classic at Ballarat on November 23.

King Of Hastings ($3.40) bounced back on Saturday, winning the Say Hello To Summer Racing Trophy (1200m) under apprentice Michael Poy by 1-1/4-lengths over Titan Blinders, with Lianne a half-head away third.

“It’s good to see him back to his best,” assistant trainer Sam Freedman said.

“He was a little underwhelming at Ballarat on a track that was probably deteriorating at the time.

“He went back to the inside and nothing really went right so it’s good to have him back.”

Freedman said they would see how King Of Hastings comes through Saturday’s win before deciding whether he heads to the Magic Millions 3YO Guineas at the Gold Coast on January 11 or remains in Melbourne.

“We’ll think about it and see how he pulls up,” Freedman said.

“There’s a really nice race on New Year’s Day for him (in Melbourne) if we don’t go there.

“So it would be one or the other.”

King Of Hastings, who was runner-up to his subsequent Caulfield Guineas-winning stablemate Super Seth in the McNeil Stakes in August, has taken his record to three wins and three seconds from seven starts.