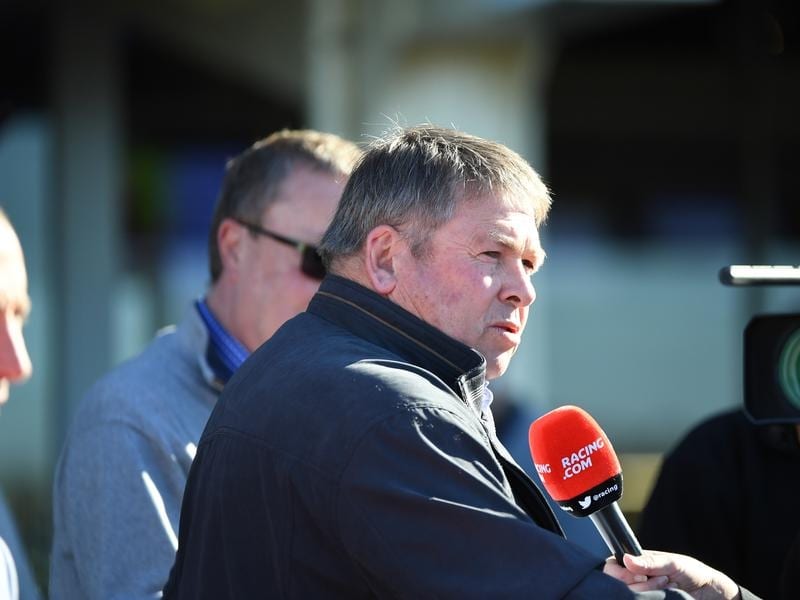 Trainer Pat Carey is looking to back Maclairey up after his dead-heat win at Yarra Valley.

Trainer Pat Carey will see how the week unfolds before committing Maclairey to a start at The Valley.

Maclairey has been nominated for the 2040m-handicap at The Valley on Saturday after sharing the prize with Danon Roman in the Yarra Valley Cup last Friday.

Danon Roman is nominated for Saturday’s race in which The Lord Mayor, Future Score and He Ekscels are among the 15 entered.

Acceptances for Saturday’s meeting are usually taken on Wednesday, but with Christmas Day falling midweek fields will be declared on Tuesday.

Carey said he was likely to accept, look at the field and see how Maclairey does during the week before making a final decision.

Maclairey, and Danon Roman, ran in oppressive conditions at Yarra Valley and Carey said his charge came through the experience well.

“He pulled up very well and I wouldn’t have nominated him otherwise,” Carey said.

“So he’s ticked that little box and I thought his win was quite good.

“I have nominated him as there are not many options around and I can accept with him and have a look at everything.

“If he does well during the week and the race shapes up all right he can run. If I’m not happy, I can always take him out.”

Carey praised the Yarra Valley club for the way they supported the participants, both human and equine, last Friday.

He said the club did as much as they physically could to ensure everyone was looked after.

“My biggest concern is for the staff that are working with the horses and how well that they are attended to,” Carey said.

“To the club’s credit they had plenty of ice cold water available for them and the horses were well looked after too.

“I take my hat off to them.

“It’s not hard for them to do that and some of our other more higher profile clubs could take a leaf out of their book.”