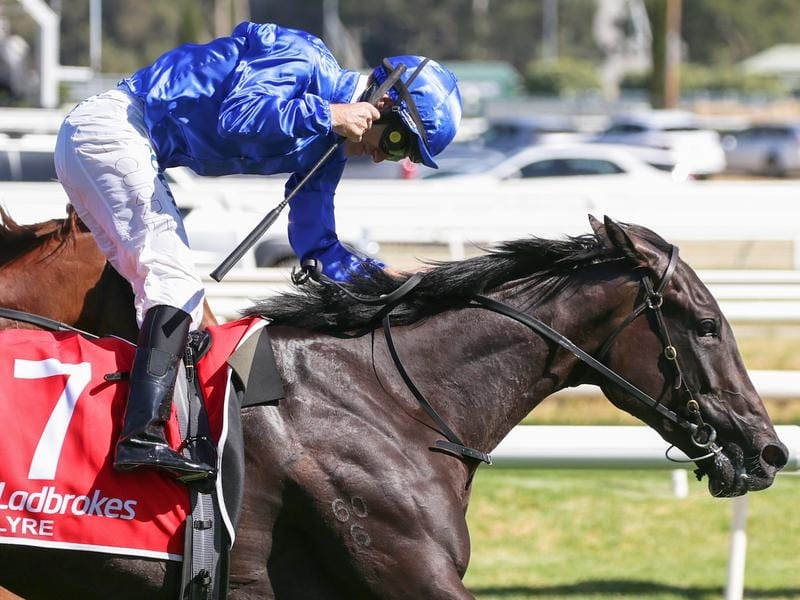 A wide barrier is no concern to connections of Blue Diamond Stakes winner Lyre who will be out to stamp her Thousand Guineas credentials when she steps to 1400m for the first time in the Prelude at Caulfield.

After trainer Anthony Freedman opted to bypass the Danehill Stakes a couple of weeks ago with Lyre because of a less than perfect scope before the race, the filly instead ran in an 1100m handicap at Caulfield last Saturday, finishing second.

The three-year-old backs up eight days later in Sunday’s Group Two Thousand Guineas Prelude where her performance over 1400m will confirm whether she presses on to the Group One $1 million Thousand Guineas over 1600m on October 12.

Lyre has barrier 13 of 16 and has to give her rivals between 1kg and 3kg but assistant trainer Sam Freedman expects she can make her presence felt.

“Like in the Blue Diamond she can just go back and get in that running line, so we’re actually happy with that barrier,” Freedman said.

“She really needs to relax.

“Even last weekend she just jumped a bit too well and gave herself a bit of a hard time.

“With Luke Currie back on her, hopefully he can just come out a bit quieter on her and just get her to switch off, especially if she is going to run the mile.

“She probably just peaked on her run last weekend but we left a bit in the tank with the eight-day back-up.

“She will run a really good race and hopefully give us an indication that a mile is going to suit her.

“If not then she could always freshen for the Coolmore Stud Stakes.”

The Group One Coolmore (1200m) is at Flemington on November 2.

Lyre’s stablemate Southbank faces her first stakes test in the Prelude at her fourth start.

“She’s an exciting filly who is out of a Zabeel mare so she will get over more ground,” Freedman said.

“There doesn’t appear to be a lot of speed so she’ll just hold her spot there or thereabouts and she could definitely fill a place.”