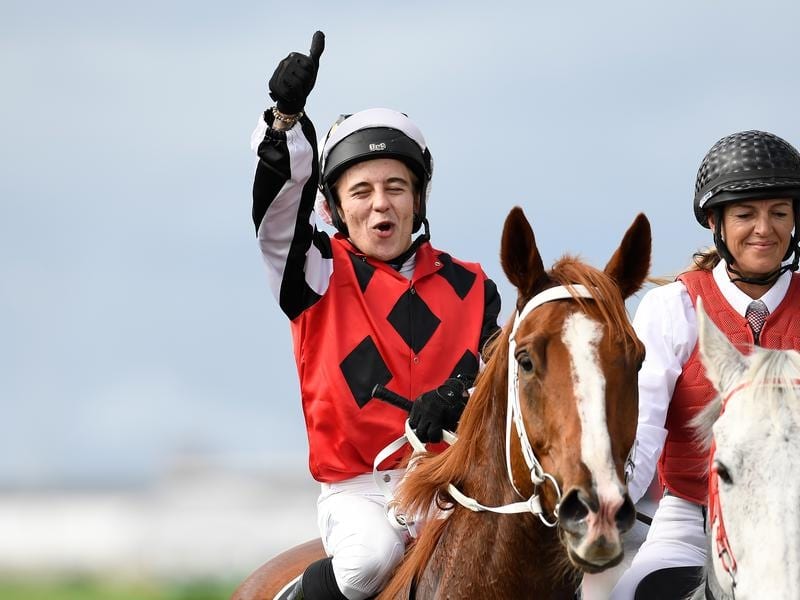 Queensland jockey Luke Tarrant has been banned for a month on betting charges.

Caloundra-based jockey Luke Tarrant has been suspended for a month on betting charges despite claiming a bogus account had been set up in his name without his knowledge.

Stewards opened an inquiry into a report received from corporate bookmaker Ladbrokes, regarding alleged betting activities by Tarrant.

After taking initial evidence earlier this month the inquiry was adjourned until this week to obtain further material and hear submissions from Tarrant.

After considering the evidence Tarrant was charged with offences under racing rules which bar jockeys from betting.

The bets were made using an account in his name.

Tarrant pleaded not guilty to the charge and in defence argued the account had been fraudulently made in his name and that he had no knowledge of the bets.

However, stewards said they were satisfied here was sufficient personal information provided to Ladbrokes, and therefore on the balance of probabilities, Tarrant was the holder of the account and responsible for the bets in question.

Tarrant was suspended for a month starting on Sunday at midnight and expiring at midnight on July 30.

Tarrant has the option to lodge an application for an internal review.