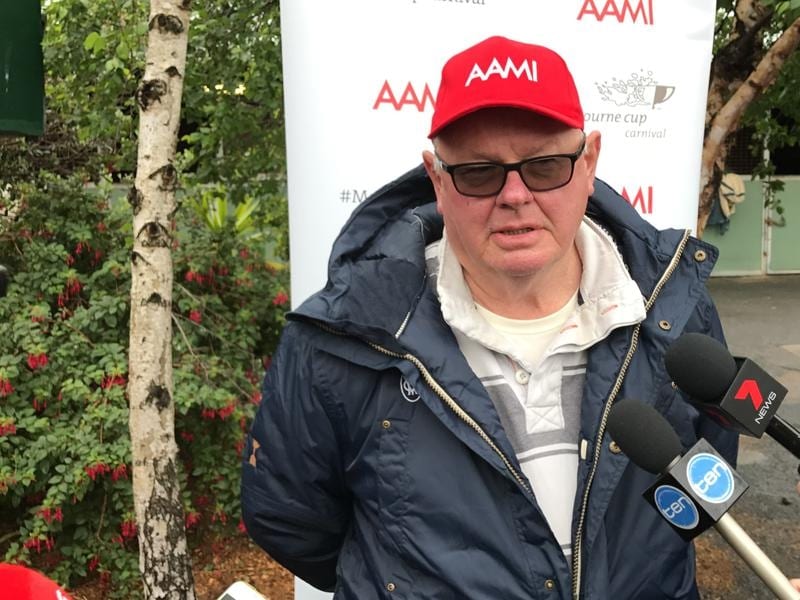 New Zealand trainers Murray Baker and Andrew Forsman started their Victoria Derby ambitions with three contenders but are now down to one.

Long Jack, Quick Thinker and Rhaegar were among nominations for the Group One Classic at Flemington on November 2, but only Long Jack remains.

Rhaegar is out for a break after racing keenly and weakening in his last two Sydney outings while Quick Thinker had an elevated temperature after finishing fifth in the Spring Champion Stakes at Randwick on October 12.

With the stable’s Derby focus now solely on Long Jack, Baker is hopeful the colt is on his best behaviour after running his race in the mounting yard before his sixth to Warning in the Super Impose Stakes (1800m) at Flemington on October 5.

“He got fizzed up and real colty before his last run,” Baker told NZ Racing Desk.

“We’re putting the blinkers on him this time and hopefully that will help. His work has been good and we’re happy with him.

“I’d want to see him running on to be a Derby chance. We won this race a couple of years ago with Weather With You and he was a similar type of chance going into it.”

Weather With You went on to finish eighth in the Derby, while Baker won the Flemington feature nine years ago with Lion Tamer.

On Saturday Baker and Forsman’s Australian attention will focus on dual Group One winner Madison County in the Crystal Mile (1600m) at The Valley.

It will be Madison County’s third start this campaign and follows a second-up seventh in the Toorak Handicap (1600m) on October 12.