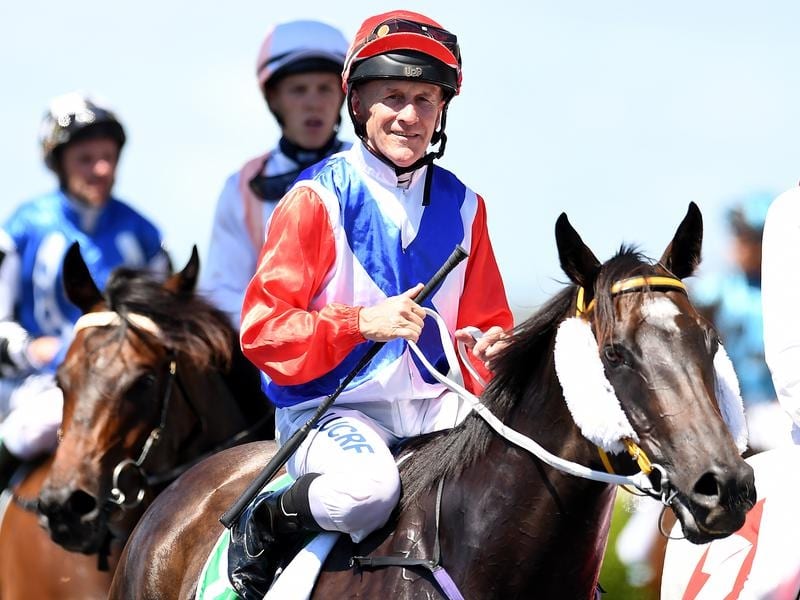 Jeff Lloyd will bring the curtain down on his illustrious career at Doomben.

Retiring jockey Jeff Lloyd will leave behind records that could take decades to beat.

Lloyd began his career at the famous South African Academy as a 14-year-old and had his first ride in Durban in March, 1976.

He did not ride a winner until his 38th attempt but it was the first of more than 5000 victories in 10 different countries.

Lloyd has ridden 93 Group One winners and been associated with a long list of top international horses.

However, it has been since Lloyd and his family moved to the Gold Coast in 2012 that his career has gone from outstanding to amazing.

Lloyd suffered a stroke at the Sunshine Coast races in March, 2013 and it was thought that was the end of his career.

But after months of walking and swimming he returned to riding after a year and set about setting record after record.

He has won the Queensland metropolitan jockeys title four times and ridden more than 560 overall winners in that period.

Lloyd bettered Chris Munce’s record for metropolitan winners when he took the title with 137 in 2016/17.

He holds the record for the most winners on a day at a Queensland TAB meeting with seven at the Sunshine Coast in November 2016.

Lloyd had a full book of rides at Ipswich on Friday and seven rides at Doomben on Saturday.

Toby Edmonds has been a great supporter of Lloyd since his comeback and fittingly his last ride will be on Granny Red Shoes for the trainer.