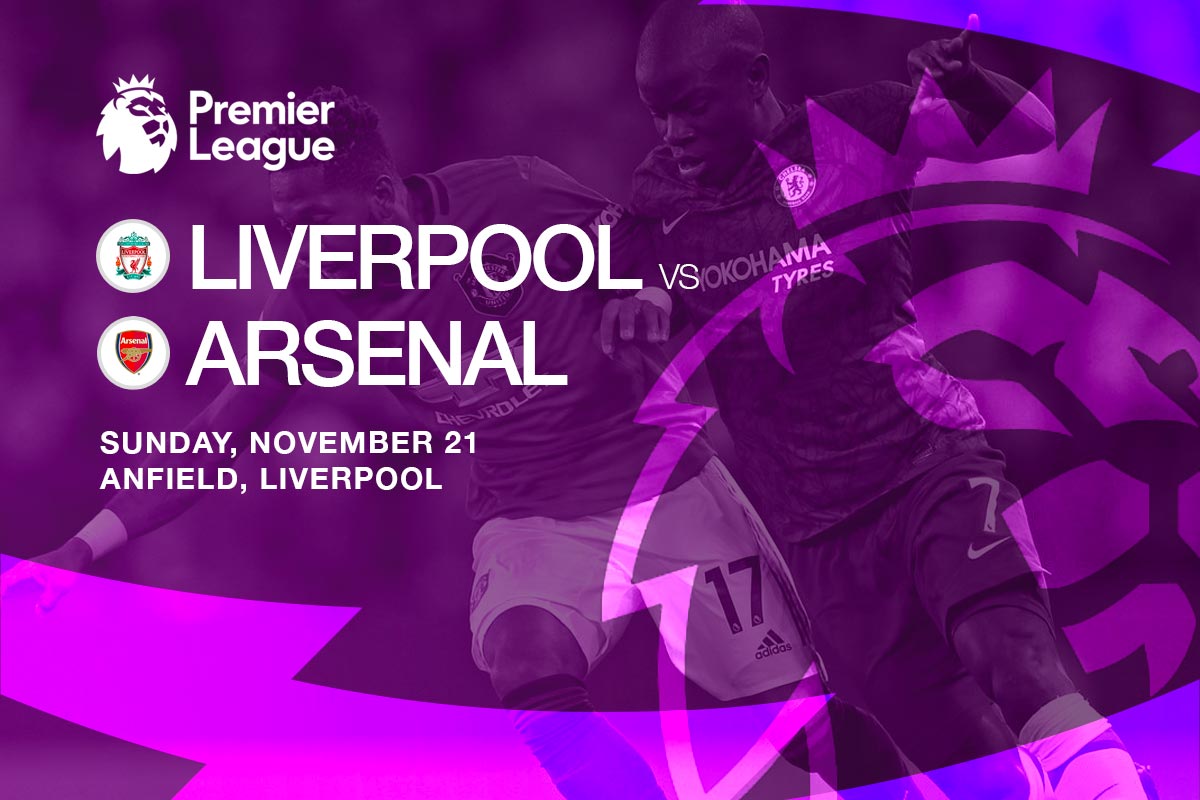 Liverpool and Arsenal are set to clash at Anfield on Sunday (AEDT) in one of the marquee matchups in Matchweek 12 of the 2021/22 EPL season. With just two points separating these two massive clubs on the Premier League table, this looks set to be cracking contest. BettingPlanet’s soccer expert presents his best bets and match analysis for a clash with massive top-four ramifications.

The international break has dealt Liverpool a couple of fresh injury concerns which could see the Reds be without key figures in their team. Sadio Mane (ribs), Jordan Henderson (groin) and Andrew Robertson (hamstring) all face fitness tests ahead of this weekend’s clash and could join the likes of James Milner, Curtis Jones, Roberto Firmino and Naby Kieta on the sidelines. It could leave manager Jurgen Klopp with a second-string midfield featuring the likes of Alex Oxlade-Chamberlain and Thiago Alcantara against an in-form Arsenal side who will be looking to upset the apple cart.

What Liverpool do have going for them is the unstoppable form of Mohamed Salah. The Egyptian has 10 goals to his name after the first 11 weeks of the season and does not look like slowing down anytime soon. The winger might need to produce some of his magic in front of the Anfield faithful if Liverpool are to walk away with all three points, as Mikel Arteta’s Arsenal are quickly becoming a side you would rather not face.

The Gunners head to Anfield on the back of four straight wins in all competitions and will be hoping their youngsters can produce a massive upset on Merseyside. Emile Smith Rowe has been starring on the wing, while off-season signing Aaron Ramsdale is proving his worth in goal has not not conceded in his last two matches in the EPL. Arsenal will be hopeful that Pierre-Emerick Aubameyang will be fit to go following his early return from international duties with Gabon; if he starts, then perhaps an upset is on the cards.

If the Arsenal midfield and defence can keep at bay the likes of Salah and Diogo Jota, the attacking trio of Smith Rowe, Bukayo Saka and Alexandre Lacazette could give the Liverpool defence a bunch of headaches. They may be a +500 chance with online bookmakers, but if Arsenal can handle the occasion that is stepping out at Anfield, we simply cannot rule them out.

Liverpool may have up to 15 players on their injury list come kickoff, with a majority of those worthy of being in their starting 11, meaning they could prove to be vulnerable first-up after the international break. Arsenal are in a purple patch of form following a poor start to the EPL season, and with a win set to catapult them above Liverpool into the top four, there is plenty for the Gunners to play for. If Aubameyang is fit and raring to go, expect a forward showing from a Gunners outfit with a point to prove.

Having made his England debut during the international break, Smith Rowe will be integral to Arsenal’s chances against Liverpool. The attacking midfielder has found the back of the net in each of his last three league games, and with odds of +450 available for him to repeat the dose at Anfield, it is value we are finding hard to ignore.