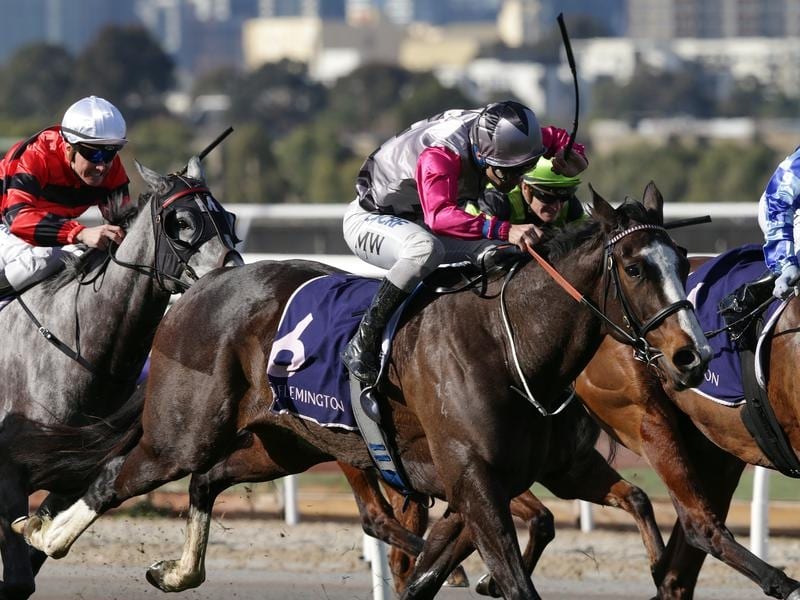 Miss Mandito has made it four wins from 15 starts with victory in the Leilani Series Final.

Miss Mandito has brought up a milestone for Charlotte Littefield at Flemington, giving the trainer her first city winner in the Leilani Series Final.

“I’m shaking I’m so happy,” Littlefield, who has been training for three years, said.

“She was absolutely super.

“This is what dreams are made of. I don’t think you can put into words what it means to me. It’s a whole team effort.

“We were just desperate to get that city win. It became the elusive city win but now it’s finally there.

“And to be at Flemington, that couldn’t be any better.”

Miss Mandito was racing on a seven-day back-up after a city placing on a wet track at Caulfield last weekend and took her overall record to four wins from 15 starts, having registered three victories in country Victoria last preparation.

“We chose her from the paddock; I broke her in. It’s just really satisfying to have done everything with her and to see her come through and win at Flemington,” Littlefield said.