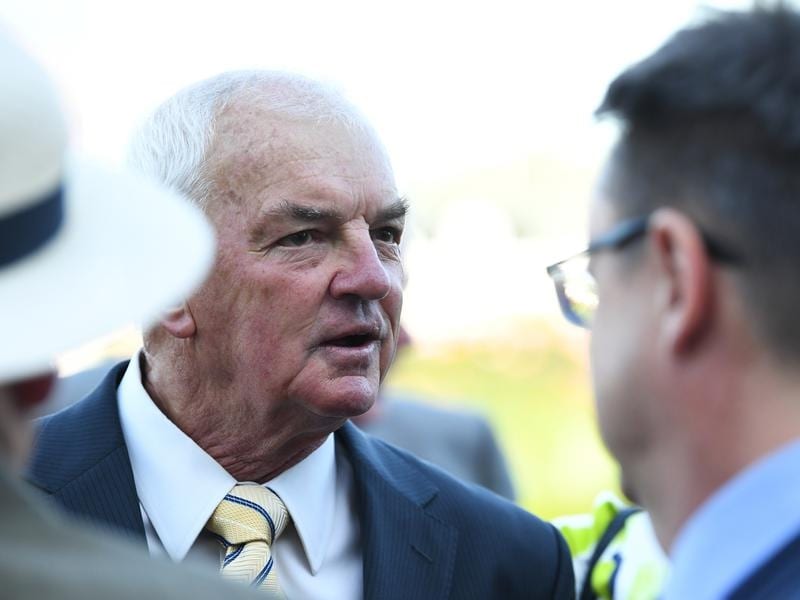 Trainer Colin Little will run Kazio over 1400m at Flemington rather than test him at 1700m.

Colin Little would love nothing more than to win the Lord Stakes at Caulfield with the race named in honour of the horse whose name also appears on the trainer’s stables.

But Little is a realist and believes the 1700m of next Thursday’s race may be stretching Kazio too far, so instead the trainer has opted for Saturday’s Yuletide Handicap (1400m) at Flemington.

Lord Lodge, where Little stables his team at Caulfield, is the same establishment Lord was trained from by Ken Hilton during the 1960s.

“I’d love to win the Lord Stakes because of Lord Lodge, but it might be a bit of a stretch going to the 1700 metres,” Little said.

A five-time winner from 25 starts, Kazio will be racing third-up on Saturday.

He returned lumping 63kg under Laura Laffety over 1200m at Pakenham on November 28 before returning to that track on December 7 to finish third in the VOBIS Gold Bullion (1400m).

“I thought he was quite creditable in the VOBIS race,” Little said.

“I didn’t think he had a lot of luck but he ran on well and on that run I think he may be better off over 1600 metres, but the Lord Stakes is 1700 metres which may be just too far.”

Little does not expect the prevailing hot weather to have a bearing on Kazio’s performance.

“We’re a bit protected from the heat,” Little said.

“We’ve got lovely yards which the horses can stay out in and sand yards which are pretty cool of a night.

“We’re not too worried about the heat. We think we’ve got a bit of an advantage as when it does cool down overnight, we’ve got lovely fresh air for them.”