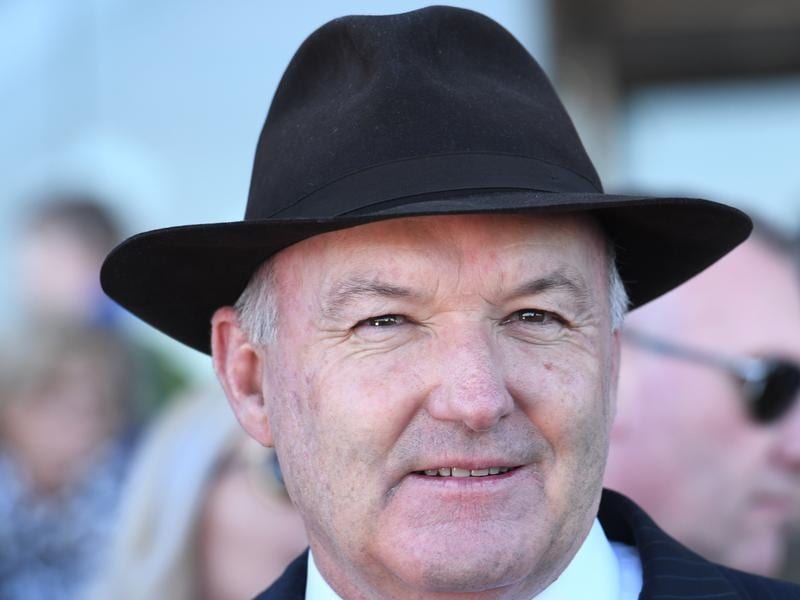 The John F Feehan Stakes at The Valley affords the winner an automatic Cox Plate start but senior Lindsay Park trainer David Hayes is looking at an even bigger spring picture.

Lindsay Park has four runners in Saturday’s weight-for-age race – Harlem, Fifty Stars, Sikandarabad and Neufbosc – after the quartet raced against each other at Caulfield in the PB Lawrence Stakes on August 17.

“The Feehan is another stepping stone for our horses,” Hayes said.

“I think they’ll be competitive but there’s a lot more to come as the spring goes on.”

Hayes insists the best won’t be seen of Neufbosc until he races beyond 2000m but was impressed with what he saw of the stayer’s first look at The Valley on Tuesday.

“He works a lot better away from home,” Hayes said.

“He’s quite lazy at home so that’s a good sign for a stayer.”

Neufbosc finished eighth in the Lawrence at his Australian debut with the Caulfield and Melbourne Cups his targets.

“Don’t look at his last run in the Arc as he bombed out in it, but in all the traditional lead-ups he figured one, two, three,” Hayes said.

“The reason he could be bought was he bombed out, so we took a chance and I think we’ve struck gold.

“The Metropolitan in Sydney is likely to be his first crack at a Group One and we’ll try and do a Tawqeet with him.”

Hayes was pleased with Sikandarabad’s Caulfield performance adding the gelding had worked well since.

“He was no match for the winner but it is very early in his preparation so the plan is to have him getting better with each run,” Hayes said.

Lindsay Park is keeping blinkers up their sleeve for a Group One final with Fifty Stars who will race in winkers for the first time on Saturday.

Harlem disappointed first-up but Lindsay Park is hoping to have dual Australian Cup winner at his peak for next month’s Cox Plate where he will be chasing a $1 million bonus.

Hayes rates Fifty Stars and Sikandarabad ahead of Harlem and Neufbosc.

Early betting concurs with Sikandarabad at $6 ahead of Fifty Stars at $9.50 while Neufbosc is a $26 chance and Harlem a $101 outsider.

Homesman, who hasn’t raced since finishing second to Best Solution in last year’s Caulfield Cup, is the $3.90 favourite.