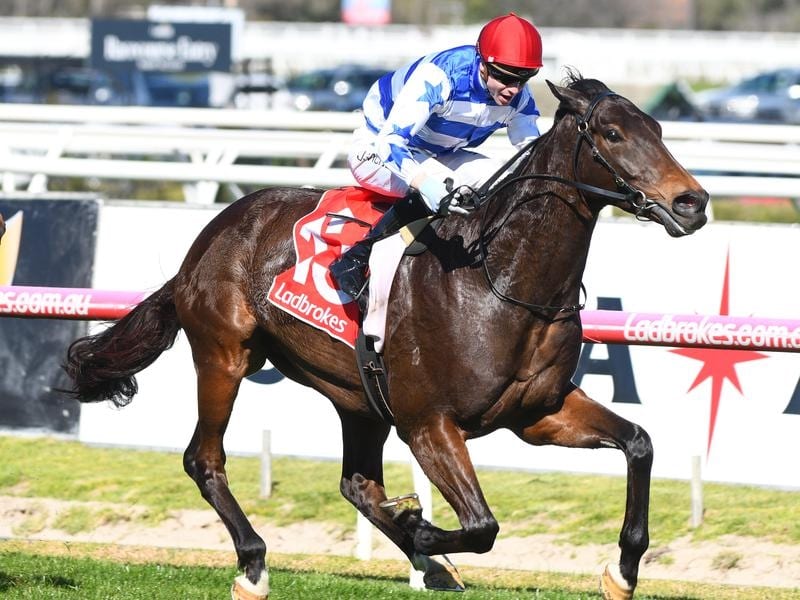 Super Titus is one of five Lindsay Park acceptors for the MRC Foundation Cup at Caulfield.

Lindsay Park is on weather watch as they split potential Caulfield Cup contenders between Caulfield and Morphettville.

The stable has big numbers in the MRC Foundation Cup which affords the winner ballot exemption into the Caulfield Cup with five of the 16 acceptors while two of those horses are entered in the Tokyo City Cup at Morphettville on Saturday.

Co-trainer Tom Dabernig said Valac and Muntahaa would head to Adelaide with Neufbosc, Sikandarabad and Super Titus to run at Caulfield.

Well down in the order of entry, the latter trio need to win on Saturday to gain a run in the Caulfield Cup.

Dabernig said the weather was important for Muntahaa who has displayed a dislike for wet ground since arriving in Australia.

Muntahaa flopped on soft ground in Sydney during the autumn and didn’t like the heavy track in a barrier trial at Cranbourne earlier this month before winning a trial at Wodonga on September 10.

“Physically he looks a lot better this prep and is carrying good muscle and condition and mentally he seems in a pretty good space,” Dabernig said.

“We just need to get him into a bit better form.”

Dabernig said Valac would join Muntahaa in Adelaide after drawing barrier 15 at Caulfield.

After two runs over a shorter trip, Dabernig said Neufbosc will appreciate getting to 2000m at Caulfield.

“It’s probably a bit different to how he’s been prepared before coming to us,” Dabernig said.

“He’s probably at a stage where being up in distance you would like to put him in the race, so we’ll have to think about tactics.”

Dabernig liked the performance of Sikandarabad at his last start when sixth in the Feehan Stakes at The Valley after getting into an awkward spot.

Super Titus broke through at his third Australian start in the Heatherlie Handicap at Caulfield on August 31 with Dabernig saying the gelding will appreciate the rise in distance.

“He’s got form up in distance so he’s going to keep improving, especially up to the 2000 metres and then up to the mile and a half,” Dabernig said.