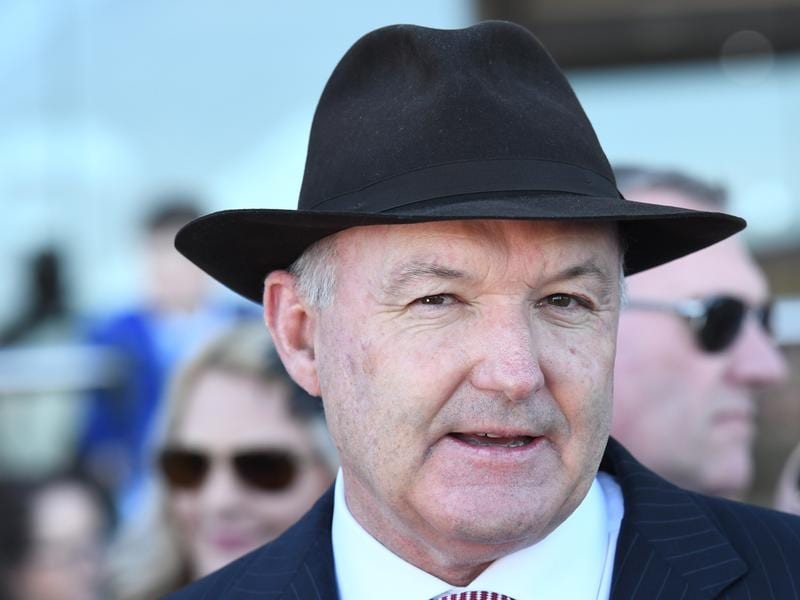 Trainer David Hayes is looking forward to the arrival at Lindsay Park of two Irish horses.

Lindsay Park has added to its spring arsenal with the acquisition of two horses from the stable of Irish trainer Aidan O’Brien.

Senior trainer David Hayes recently spent time in Europe looking at horses and secured Cape Of Good Hope, who is entered for the Cox Plate and the Caulfield and Melbourne Cups, and Constantinople who holds a Melbourne Cup entry only.

Both are northern hemisphere three-year-olds, the same age as past two Melbourne Cup winners, Rekindling and Cross Counter.

“When I was in Europe I went shopping and I was able to do a deal with Coolmore for some Lindsay Park clients,” Hayes said.

Cape Of Good Hope, a brother to multiple Group One winner Highland Reel, has been bought as a racing and breeding prospect.

His dam is Hveger, a sister to Caulfield Cup winner Elvstroem and a half-sister to Haradasun.

Hayes said Cape Of Good Hope would try to emulate Criterion who raced in England during 2015, returned to Australia to win the Caulfield Stakes then finished second to Winx in the first of her four Cox Plates.

He then ran third to Prince Of Penzance in the Melbourne Cup.

Even though Cape Of Good Hope holds a Melbourne Cup nomination, Hayes said he would not be set for the race.

“He’ll come out and run in the Caulfield Stakes and if he went well the Cox Plate and then maybe on to the Mackinnon Stakes,” Hayes said.

“Because he’s more of a stallion prospect, I want to keep him to 2000 metres.”

“He’s one of the favourites for the (English) St Leger and has similar form lines to Cross Counter,” Hayes said.

“We’ve been trying to do this for a couple of years.

“Last year we couldn’t find the right one, but this year we think we have.”

Hayes said long-time stable employee Gary Fennessey would go to England to oversee the pair at Jane Chapple-Hyam’s Newmarket stable where they will enter quarantine on September 12 before being sent to Melbourne a bit over two weeks later.

“Having raced in England through the summer, I think that will be a huge advantage,” Hayes said.