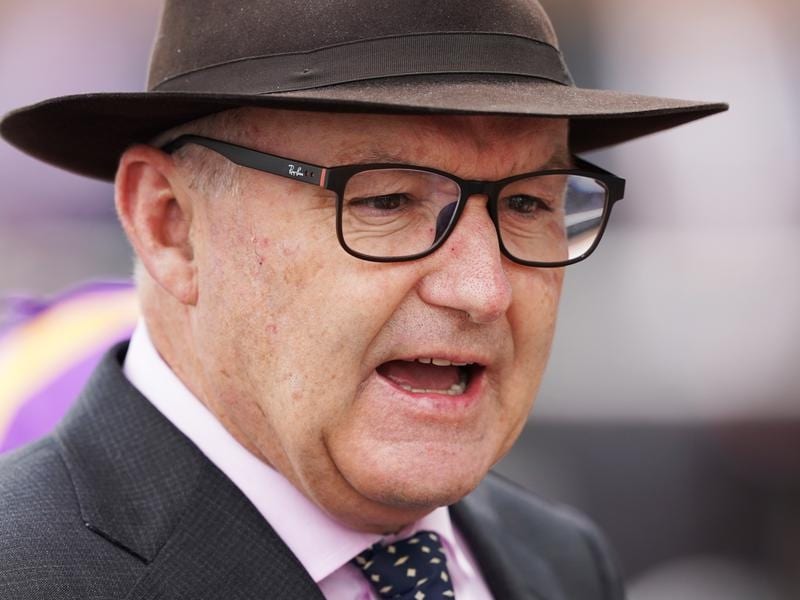 Trainer David Hayes hopes Cape Of Good Hope lives up to the family name in the Cox Plate.

A horse David Hayes bought because of comparisons to 2014 Cox Plate winner Adelaide gets his chance to do what three high-profile members of his family could not in Australasia’s premier weight-for-age race.

Still a three-year-old to northern hemisphere time, Cape Of Good Hope runs in Saturday’s $5 million Cox Plate (2040m) at The Valley after earning his spot with victory in the Group One Caulfield Stakes on October 12.

Cape Of Good Hope is by Galileo out of Australian mare Hveger and is a younger brother to Highland Reel who was third as a northern hemisphere three-year-old behind Winx and the Hayes-trained Criterion in the 2015 Cox Plate.

Highland Reel, trained by Aidan O’Brien, was a Group One winner in America before the Cox Plate and went on to claim another six around the world.

“It just shows how good Winx was, doesn’t it?” Hayes said.

Haradasun was third in the 2007 Cox Plate while Elvstroem started $4.20 favourite in 2004 and finished eighth, a week after winning the Caulfield Cup.

Hayes was keen to buy current Melbourne Cup favourite Constantinople from Coolmore after watching him run in the Great Voltigeur Stakes at York in August.

“I rang up and asked if Constantinople could be bought. And while we were haggling on the price for him, they said ‘you should take this horse, it goes like Adelaide’,” Hayes said.

“So they said we’ll give you Constantinople for your price but you have to buy Cape Of Good Hope. And they told me that they rated him in the same class as Adelaide, but he just hasn’t had the opportunity yet.

“So that’s why I thought I’d buy him and sell him as a Cox Plate horse. That’s why I was extra relieved when he won the Caulfield Stakes.”

Coolmore has retained shares in both horses.

“That gave me a lot of confidence,” Hayes said.

Hayes has followed a template with Cape Of Good Hope he used with Criterion in 2015 after he returned from a northern hemisphere campaign.

“We kept his training very light and easy going into the Caulfield Stakes and we might have found the key to him,” Hayes said.

“We’ve kept him on the fresh side and haven’t tumbled into working him hard after a win. And I really feel his work on Wednesday at Flemington was outstanding.”

Cape Of Good Hope is one of two Cox Plate runners for Hayes’ Lindsay Park operation, the other dual Australian Cup winner Harlem.