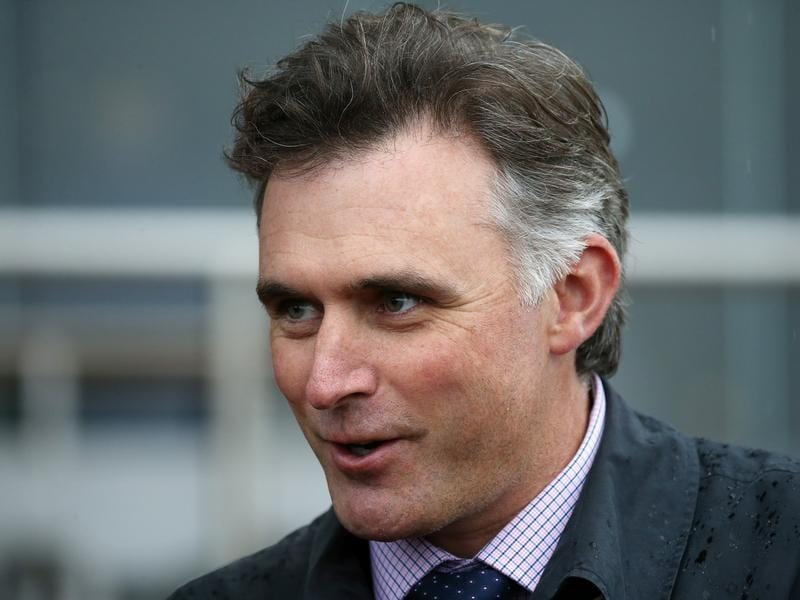 Lindsay Park is shooting for a third successive win in a stakes race for two-year-olds at Caulfield with a pair of fillies.

Art Collection and Swan Island will take their place in Saturday’s Group Three Chairman’s Stakes as their lead-up to Victoria’s richest two-year-old race, the Blue Diamond Stakes at Caulfield on February 23.

Co-trainer Tom Dabernig likes the three weeks between races for the fillies rather than tackling the more traditional path of the Blue Diamond Previews and Preludes that are run two weeks apart in the lead-up to the main race.

Art Collection has the same colours worn by Formality and Ennis Hill in their victories for the stable in 2017 and 2018.

Formality went on to finish third behind stablemate Catchy in the Blue Diamond with Ennis Hill ninth while the Mick Price-trained Extreme Choice won both races in 2016.

“I don’t mind it with the three weeks into the Blue Diamond,” Dabernig said.

“Especially with the babies that extra week can be a help.”

Dabernig said Art Collection may have the edge on her stablemate with race experience having finished second at Flemington during Melbourne Cup week.

“She seems to have come back well,” Dabernig said.

“She ran well in a recent Flemington jump-out and ran well at her only start.

“I think she’s good enough but at this time of the year they all come out of the woodwork.”

Swan Island is a first starter who Dabernig said sizzled in a recent jump-out at Flemington with blinkers on.

He said it was decided to give her a shot at Saturday’s race to see where she sits in the Blue Diamond pecking order.

“Clearly they’ve got to be earning prize money to get in it,” Dabernig said.

“She definitely went well enough last Friday but trials and races can be different stories.

“She showed natural improvement in her trackwork and improved again with blinkers on.”

Art Collection has been installed the $4 favourite for Saturday’s race with Swan Island a $10 chance with Dabernig sharing operators thoughts.

“I think Art Collection with the race experience and being a little bit more advanced than the first starter is probably the pick,” Dabernig said.