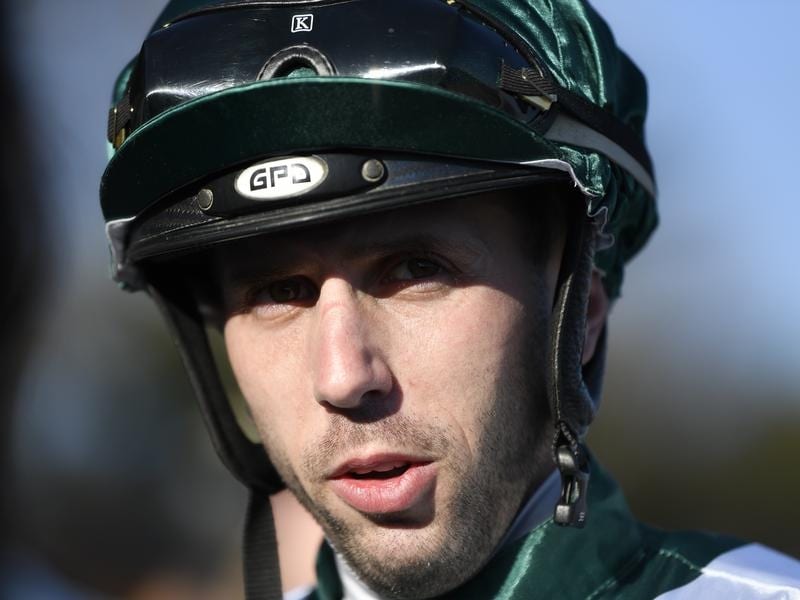 Jockey Brenton Avdulla has the Epsom Handicap ride on Gem Song at 52kg for the famous Randwick mile.

At least four horses will carry half a kilogram more than their original weights in the Epsom Handicap with 10 of the 18 runners on less than 51kg.

So far Kerrin McEvoy (Rock 50.5kg), Dom Tourneur (Archedemus 50.5kg) Michael Dee (Star Of The Seas 50kg) and Damien Thornton (Junipal 50kg) have been given permission to ride half a kilogram over those handicaps in Saturday’s $1 million race over the famous Randwick mile.

Dreamforce is topweight with 57kg, 2kg more than Group One winner Best Of Days.

The presence of the lightly weighted horses has also prompted trainers to cast the net wide looking for riders with several less than familiar names in Sydney racing in the Group One mix.

Tourneur has been recruited from Adelaide, Dee and Thornton from Melbourne and Ben Thompson (Nettoyer) from Singapore while Jess Taylor (Le Juge), apprentice Brock Ryan (The Candy Man), Andrew Gibbons (Kaonic) and James Innes Jr (Desert Lord) all get a rare Group One opportunity.

Gibbons, a prolific winner in provincial and country NSW and a mainstay of the Kris Lees stable, comes to Randwick primarily to ride the Lees-trained Attention Run in the Group One Metropolitan Handicap (2400m) at 50kg.

Brenton Avdulla is a more familiar name at the top level in Sydney but has some work to do to ride the Lees-trained Gem Song at 52kg.

Gem Song is backing up from his second as favourite in Saturday’s Group Two Shannon Stakes (1500m).

“He performs well on the back-up,” Avdulla said.

“It might have been disappointing as a punter, the favourite getting beaten but I’ve won an Epsom before after a similar sort of thing on Secret Admirer.

“She ran fourth in the Shannon.”

Lees agrees the quick back-up will be beneficial to Gem Song.

“I think Gem Song has a great chance. He’s drawn well and has a nice weight,” he said.

“He’ll back up well from Saturday’s race, so he’s right in it.”

Gem Song is at $12 with the Chris Waller-trained Kolding, to be ridden by Glen Boss, the firming $5 favourite.

Lees also has Group One winner El Dorado Dreaming in the race and can see positives despite her $34 quote.

“She was bit plain first-up but she will improve deeper into the preparation,” he said.

“She drops to 50 kilos, gets to a mile at her favourite track at Randwick, so there’s a couple of pluses there.”