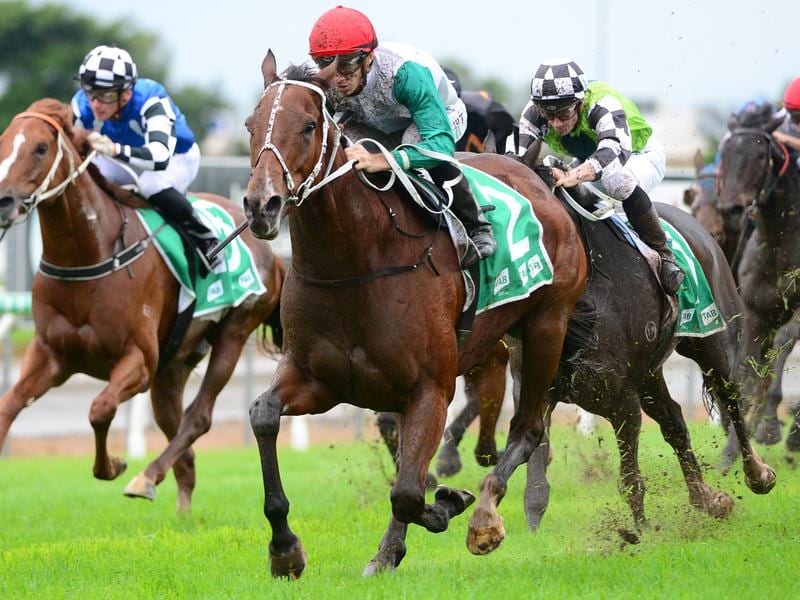 Life Less Ordinary ($5.50) gave Waller his third win in the Group Two Hollindale wen he beat his stablemate Mister Sea Wolf ($5.50) by 2 -1/4 lengths with long neck to Hallelujah Boy ($12) in third at the Gold Coast.

Waller had five runners in the Hollindale and was thrilled with the efforts of Life Less Ordinary, Mister Sea Wolf and fifth-placed Youngstar.

“All three will now press on to the Doomben Cup in a fortnight and they should all race well,’ Waller said.

He said Life Less Ordinary was an under-rated horse who always tried his best.

“He was fifth first-up in the (Group One) Doncaster and his form through the spring was good. He isn’t the best horse in the stable and he is below the best Group One horses.

“But he is what Australian racing needs. He is one of those horses who can keep the Group One horses honest.”

“Australian racing really needs horses like them to keep our depth solid.”

Waller said the fact the Hollindale was worth $500,000 was important as it gave horses like Life Less Ordinary a chance at big prize money.

Life Less Ordinary is raced by a syndicate headed by Richard Pegum who has had many good horses with Waller.

Abdon who won the Wagga Wagga Gold Cup on Friday is trained by Waller and races in Pegum’s colours.

“It was the wives who won the Wagga Cup and the males’ turn today,” Waller said.

Waller won the Hollindale with Metal Bender (2010) and My Kingdom of Fyfe (2011) who was also raced by Pegum.

Metal Bender went on to win the Doomben Cup and Waller is happy going into the last Group One middle-distance race of the season.

“They all raced well and I thought Youngstar was good today as well. I am looking forward to the Doomben Cup,” he sad.

Jockey Kerrin McEvoy backed up Waller’s opinion of Youngstar and said it had been a good run on a track where it was hard to make up ground.

“She will be a lot better when she get back on top of the ground,” he said.