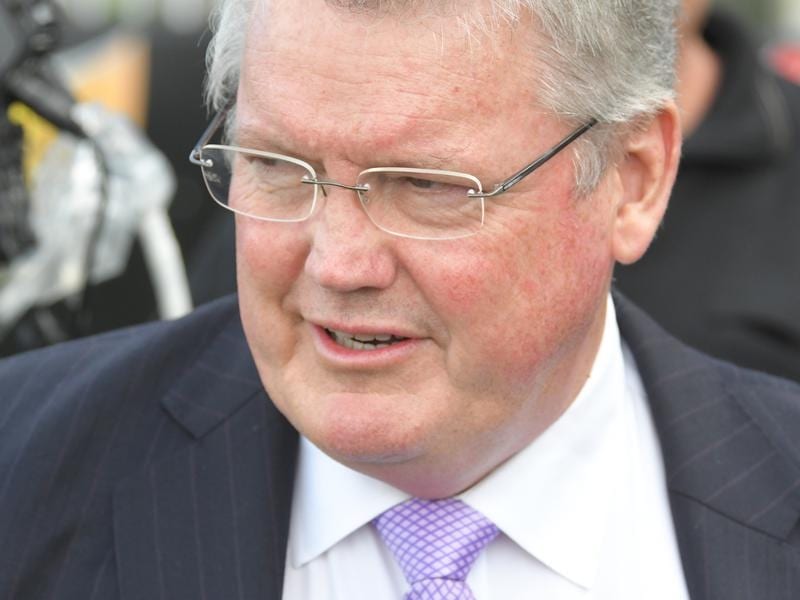 The hype surrounding Libertini has proved spot-on with the filly claiming a soft win as odds-on favourite in the Listed Woodlands Stakes at Scone.

Among those spruiking the two-year-old is her trainer Anthony Cummings who has no doubt she is a future Group One winner.

Having her third start in Saturday’s 1100m-race, Libertini ($1.45) beat Regimental Band ($41) by two lengths with the margin deceptive as Tommy Berry was kind to her in the final 200 metres.

The Gerry Harvey-owned Libertini ran second to Bivouac on debut in the Kindergarten Stakes before scoring a comprehensive win over 1200m on April 25 at Randwick.

“She will have a break now and come back for the Princess Series including the Group One Flight Stakes in the spring,” Cummings said.

“I would be surprised if at the end of the day she wasn’t a Group One winner.

“She is showing the best as a baby I’ve had.

“She’s got a couple of boxes ticked now as a stakes winner so she will have a break and hopefully come back and fulfil her potential.”

“She’s a no-nonsense filly. You can put her forward or back in her races which I think is important.

“She went around to the barriers as relaxed as a five-year-old.

“I thought she was the best horse in the race and I rode her like that.”

The filly is out of Group One winner Aloha and brought up a milestone for her sire I Am Invincible, giving the stallion an Australian record 27 stakes winners for the season.

I Am Invincible stands at Yarraman Park which sponsored the Woodlands Stakes.