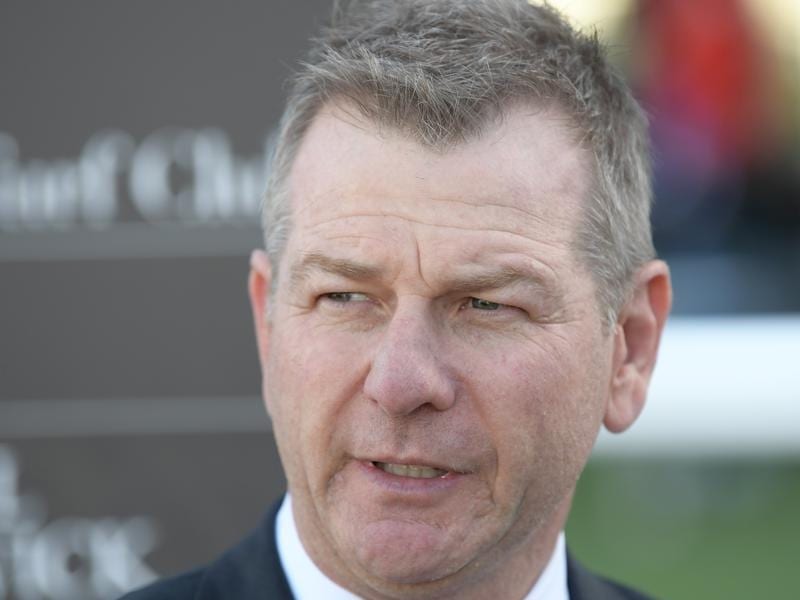 Trainer Kris Lees has runners in big races in two states including Smart Melody at Caulfield.

Kris Lees can’t be in two places at once so having three runners in the world’s richest race on turf at Randwick has won out over being track-side at Caulfield for a big day of Group One racing.

Lees has a strong chance to snare at least one Group One win at Caulfield on Saturday with unbeaten Smart Melody favourite for the Thousand Guineas while stablemate El Dorado Dreaming is considered one of her main dangers in the 1600m race.

The trainer has decided to remain in NSW to saddle up Le Romain, Graff and In Her Time for Saturday’s $13 million Everest in Sydney.

“Having three in The Everest I thought I’d stay here,” Lees said.

“If I’d have had one Everest runner I might have gone the other way but with three I thought I’d stay here.”

The winner of her five starts including the recent Thousand Guineas Prelude (1400m), Smart Melody is the $2.70 favourite to land her first Group One victory in a race in which she will have to stretch her brilliance to 1600m for the first time.

“I think she has come on the right way,” Lees said.

“She seems to have taken no harm out of that 1400-metre run last start and she has progressed nicely.

“She seemed to work well on Tuesday so I’m as confident as we can be without having seen her at the trip.

“She can get herself a little worked up in the pre-parade but under saddle she is relaxing really well and always has.”

Lees believes barrier two in the field of 15 is a big help for the favourite.

“I think that was vital to her chances, drawing a soft barrier,” he said.

Group One ATC Sires’ Produce Stakes winner El Dorado Dreaming, formerly trained by the suspended Ben Smith, has only been with Lees for one start when closing well for third to Smart Melody in her spring return in the Prelude.

“She’s going to be strong late. It’s just whether the other filly has got that bit of brilliance to help her get the mile,” Lees said.

“I think if Smart Melody runs out the mile, from where she’s going to be in the run I’d probably slightly favour her.”