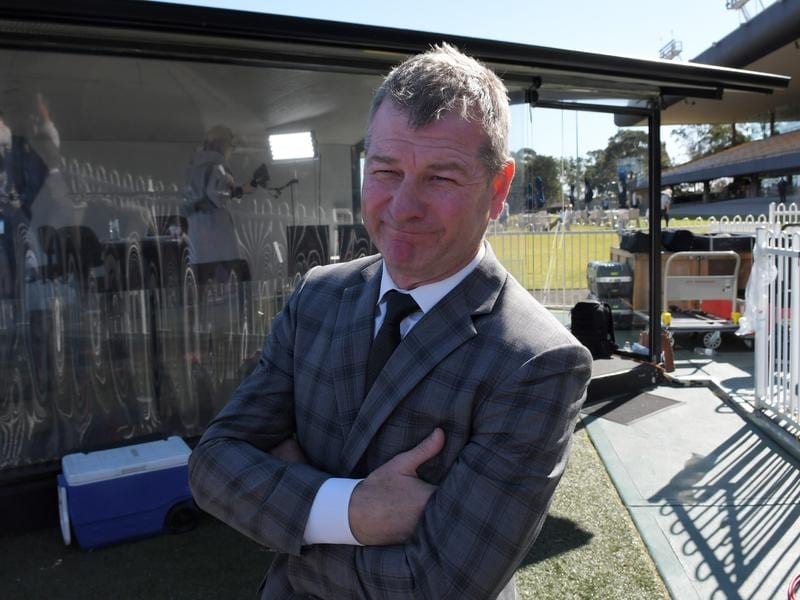 Trainer Kris Lees will have three key runners during the Chelmsford Stakes meeting at Randwick.

Kris Lees can’t match the mega stables for numbers but no one is better placed going into Sydney’s first meeting of spring than the Newcastle trainer.

Lees enjoyed his best season of training in 2017-18 and the momentum has continued with sparingly raced three-year-old Graff keeping an unbeaten record in winning the San Domenico Stakes.

He will be out to make another early-season statement during the Chelmsford Stakes card at Randwick on Saturday with three premium chances, led by richly bred three-year-old filly Miss Fabulass.

Miss Fabulass is the favourite to claim the Furious Stakes after she opened her winning account with a recent midweek victory.

And Prized Icon and Le Romain hold down the second line of betting in the Chelmsford and Tramway Stakes respectively.

Miss Fabulass is a pedigree buff’s dream as a daughter of unbeaten English wonder horse Frankel out of Samantha Miss, a $1.7 million stakes earner who was trained by Lees.

“It’s a big jump for her going from a Maiden to a Group Two race but it’s the path we’ve always picked to take with her,” Lees said.

Lees said Miss Fabulass was unfurnished but he would give the filly her chance to emulate Samantha Miss as a Group One Flight Stakes winner.

“She’s not bombproof at home, she is pretty aggressive in all her work and we’re just trying to keep a lid on her on the track,” he said.

The Flight Stakes was one of three Group One wins for Samantha Miss and Lees says there is a likeness between mother and daughter.

“She looks very similar to her mum and she’s got a lot of the same traits,” he said.

Lees has Le Romain in winning form after the established sprinter-miler carried 61kg in a first-up Group Three success over 1200m at Randwick.

Le Romain was in the frame to contest Saturday’s Group One Memsie Stakes at Caulfield but an affinity for Randwick won out over a trip to Melbourne.

“We thought that because he’s got such a good record at Randwick that we’d stay there,” Lees said.

Lees has secured Tommy Berry to ride Prized Icon after Jason Collett changed the terms of a suspension to ensure he keeps the mount on Graff when the Golden Rose favourite has his next start.