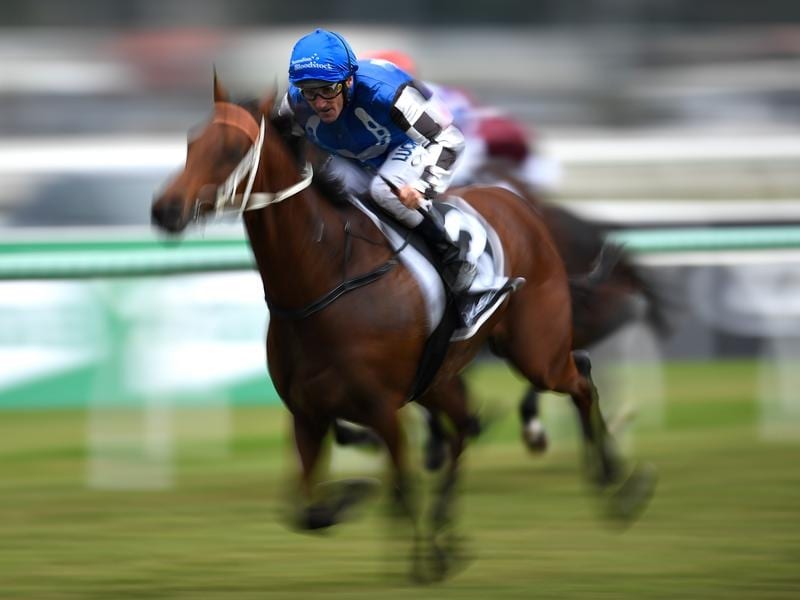 Brisbane Cup winner Sixties Groove will run in the Wyong Cup on his way to the Metropolitan Hcp.

Trainer Kris Lees will have at least two chances in each of the feature races at Wyong with confirmation Sixties Groove will start his spring campaign in the Gold Cup.

The Brisbane Cup winner was also accepted for the Chelmsford Stakes (1600m) at Randwick on Saturday but Lees felt Friday’s Listed Wyong Cup (2100m) was a more suitable race despite the gelding drawing barrier 15.

Sixties Groove’s Group One target is the Metropolitan Handicap (2400m) at Randwick on October 5.

“There wasn’t a lot in it but it’s probably just a better platform,” Lees said.

“We’re aiming him at the Metrop and I think it just sets up better for him starting off at this trip.”

Sixties Groove, a $6 chance, is coming off a successful winter carnival in Queensland, culminating in his Group Two Brisbane Cup victory, and while he usually needs a run to hit his straps he looked surprisingly sharp winning a recent barrier trial at Newcastle.

High Opinion ($41) will also take his place for Lees in the Wyong feature after doing his best work late to finish fourth to Wolfe over 1800 metres in the Premier’s Cup Prelude.

The horse who finished second in the race, Stampede, has opened favourite at $3.80 and is one of two runners for Gai Waterhouse and Adrian Bott along with McKell Cup winner Hush Writer.

Aliferous has not raced since her third in the Queensland Derby and will get back from a wide barrier while Lees sees the race setting up well for global traveller Delectation Girl, who has not been disgraced in two Australian starts.

Connemara is at the top of early Mona Lisa markets and after she broke a string of second placings with a last-start win on the Kensington track, trainer Bjorn Baker is keen on her chances, particularly given Nash Rawiller has stuck solid.

“I think she’s in career-best order and Nash on is a big positive,” Baker said.

“It’s a perfect gate (three) and she’s got enough speed to take advantage of it.”