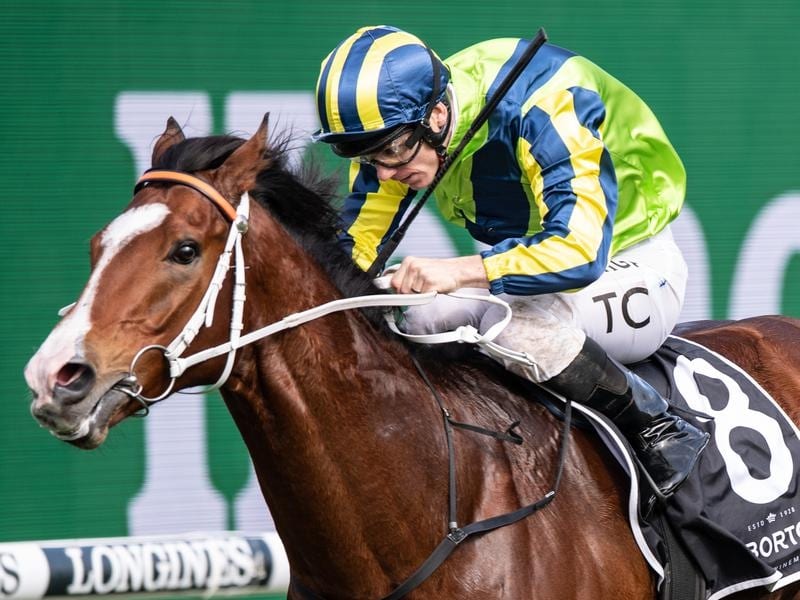 Kris Lees has trained his 2000th winner with Killin leading all the way at Randwick.

A typically laconic Kris Lees is more interested in training his next batch of winners than reflecting on the significance of landing his 2000th career-victory at Randwick.

The Newcastle horseman brought up the milestone at Saturday’s Kensington meeting when Killin became the third horse in as many races to lead throughout and score.

Lees, who was not trackside for the performance, said he only became aware he was closing in on the 2000-winner mark during the week.

“I don’t get too rapt up in numbers,” Lees said.

“It was only really brought to my attention the other day, I’m not really into that. I’m worried about the next 2000.”

Lees has been training in his own right since 2003, taking over the stable of his father, decorated horseman Max following his sudden death.

He has claimed 15 Group One races, highlighted by the 2016 Queen Elizabeth Stakes with Lucia Valentina and three elite victories with star filly Samantha Miss.

Earlier this month, Lees produced his 200th winner for the season when High Opinion scored at Randwick and he leads the NSW trainers’ premiership.

Killin is likewise beginning to fulfil his potential, his victory in Saturday’s De Bortoli Wines Handicap (1100m) coming on the back of a first-up provincial success.

Lees thought highly of him when he first arrived as a two-year-old from New Zealand, where he was Group Two placed, but he was not a fan of the horse’s attitude.

“He was a bit of a lad so we made the decision to geld him and he’s come back in pretty good order, two from two, so he is certainly going the right way,” Lees said.

Tim Clark dictated from the front aboard Killin ($9), the three-year-old kicking strongly to claim the scalp of odds-on favourite Tailleur, who raced handy but could not close the 2-1/4 length gap.

Vulpine ($21) did best of the rest with Emeralds charging home from back in the field for fourth.

Jason Collett said Tailleur travelled sweetly in the run but struggled on the heavy conditions when he asked her to accelerate.

“At the turn I was thinking, how far is this going to win by,” Collett said.

“She just spun her wheels in the straight in that ground. As soon as she got off the bridle she was going nowhere.”