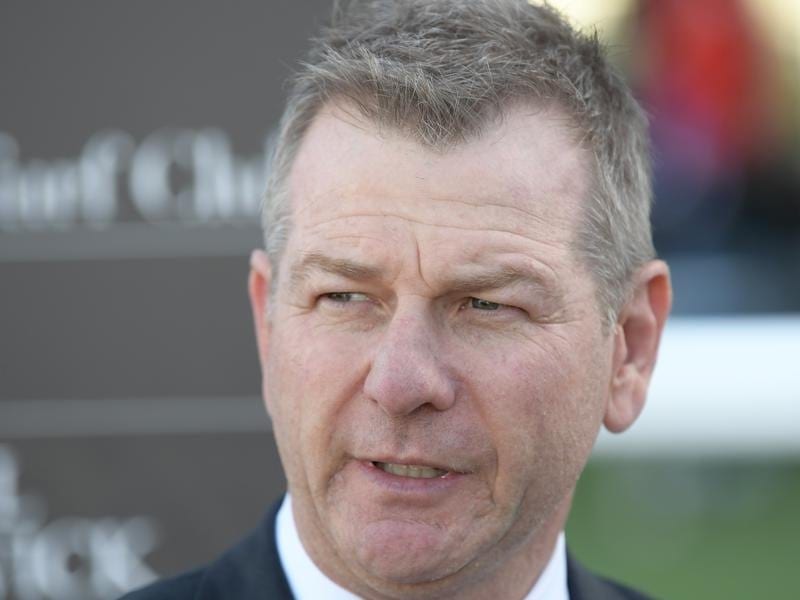 Trainer Kris Lees expects to have a fully operational stable on the Gold Coast in the new year.

Leading Newcastle trainer Kris Lees is set to increase his presence in Queensland with a Gold Coast stable.

The multiple Group One-winning trainer has gradually been building up his runners in Queensland this season.

He is currently sixth on the Queensland metropolitan premiership with five winners from 15 runners.

Lees plans to have as many as 20 horses running out of a Gold Coast satellite stable by the New Year.

“Things have been going well and Kris is keen to send the right horses up here for the right races,” Eggleston said.

“Things have been going OK and it has given him an idea of what is needed here.”

Eggleston was a foreman for Lees’ father Max Lees at Newcastle before taking out his own licence.

Premier Sydney trainer Chris Waller already has a major stable on the Gold Coast and trained nearly 50 winners in his first season.

Lees doesn’t want an operation as big as Waller’s and feels about 20 horses is the right number.

Victorian trainer Mark Webb, who has a stable at Cranbourne, is also keen to open a satellite stable in Queensland, possibly at Caloundra.

His stable manager Slim Homann said Webb, who regularly races horses in Queensland, was keen to come north “with a truckload of horses” as soon as stables could be found.