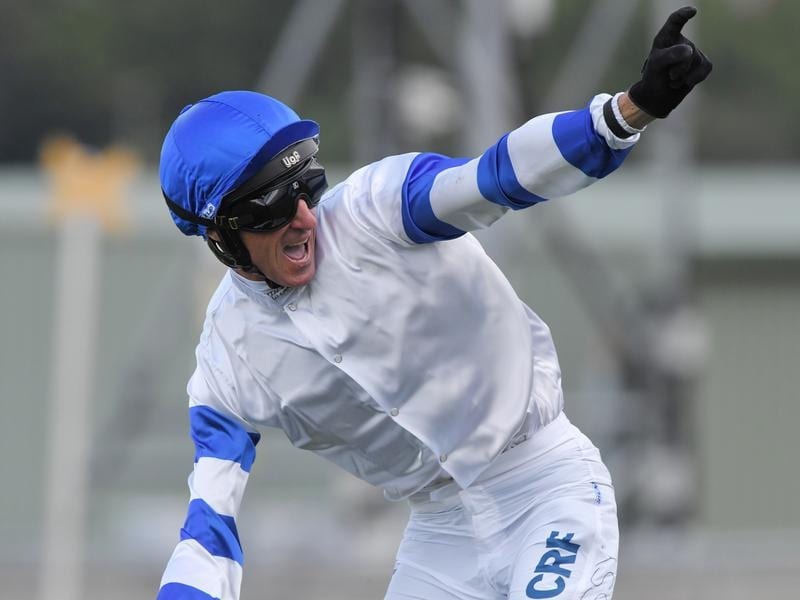 Jockey Glen Boss has teamed up with trainer Chris Waller to win the $1 million Epsom Handicap.

Waller-trained horses won all four Group One races in Australia on Saturday with Kolding’s win over the famous Randwick mile of special significance for trainer and jockey Glen Boss.

Kolding and Te Akau Shark were the $5.50 equal favourites but the winner had four kilograms in his favour which told in the end with the margin a short head.

The Waller-trained Star Of The Seas finished three lengths third.

Waller’s first Group One win came in the 2008 Doncaster with Triple Honour ridden by Boss with the jockey’s record in the two famous handicaps now at seven Doncasters and four Epsoms.

“That gave me the confidence to be where I am now. Bossy did a great job that day. It has been an amazing ride since.”

“I’ve got a great team behind me. We’ve grown with numbers. They work tirelessly behind the scenes. I can’t thank them enough around the country. Many people put in what we finally see on race day.”

“The Randwick Miles are races people talk about and owners want to win. Being such a big race, big field, there are so many of chances. We’ve been lucky to come out in front a few times. It’s a great spectacle.”

For Boss, the win reinforced his decision to return to Australia from Singapore.

“There’s real fears coming back to Sydney when you are trying to break back into what is probably the hardest market in the world,” he said.

” I wondered if I was making the right decision but it just felt right, it felt good for me, and when you are getting the support of Chris Waller, and riding his horses with light weights, that’s a big start.”

Boss said he had race plans in his head but in the end he put his trust in his mount.

“You always have plans,” he said.

“There is A, B and C, but it’s just about trusting the animal really.

“He was very good, that was soft, when he got clear he loafed and when Te Akau Shark came up to him he surged.

“Another furlong and he wouldn’t have been beaten. I just couldn’t believe how easily that mapped out.

“It’s been a long while since I’ve had a race where at no stage did I feel like I was going to get beat.”

“I thought he was the winner for sure and I still can’t believe he got beaten,” he said.