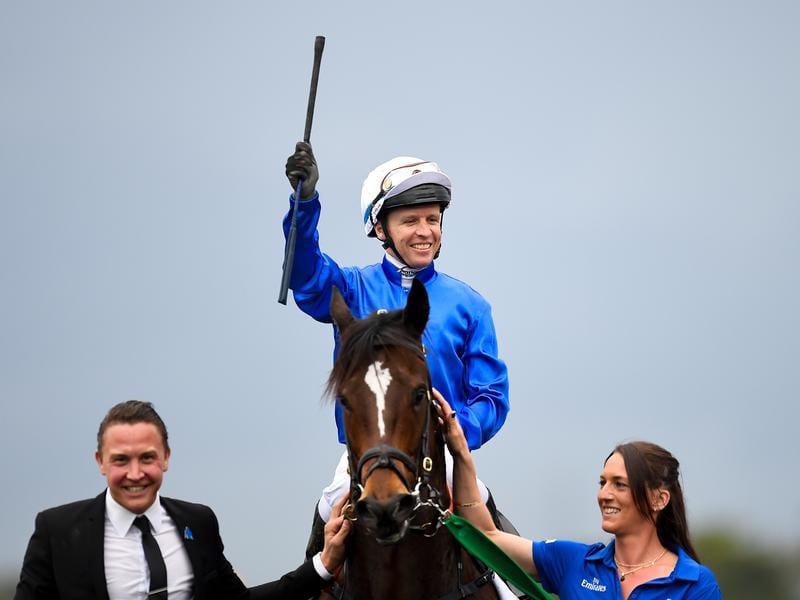 Sydney jockey Kerrin McEvoy has secured the ride on third favourite Regal Reality in the Group One Coral-Eclipse.

McEvoy is in England where his primary objective was to ride Houtzen in the King’s Stand Stakes at the Royal Ascot meeting.

The Queensland mare slipped at the start of the race and finished out of the placings.

McEvoy has also answered the call from Godolphin trainer Charlie Appleby to help out while stable jockey William Buick recovers from concussion-related issues.

He won the Melbourne Cup on the Appleby-trained Cross Counter and has ridden seven winners during his stint in England including the Queen’s Calculation, trained by Sir Michael Stoute who also prepares Regal Reality, one of 13 entries for Saturday’s Eclipse.

He is the third favourite with the attention on the return of champion Enable who is having the first start of her campaign aimed at an unprecedented third win in the Prix de l’Arc de Triomphe in October.