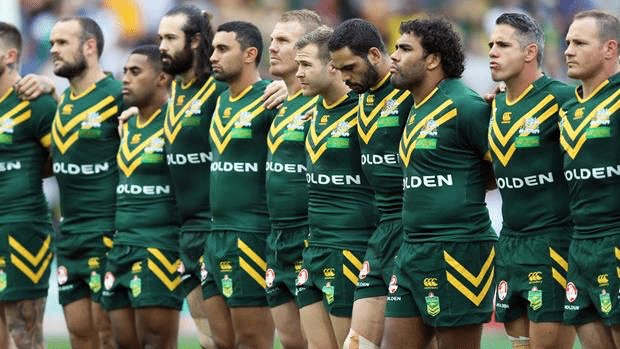 WILL Aussie punters ever learn?

Those Kiwis are just too good for us in Rugby League these days.

The last three tests, they have whacked us three times.

But we’re still the favourites with online bookmaker Sportsbet.com.au to win the Anzac Test on May 6 in Newcastle.

And, judging by the line and margin odds, we should thump them.

The line has been set at -8.5 for the Aussies in handicap betting, while the Kangaroos are at $2.25 to win the game by 13 points or more.

“It doesn’t matter how many times the Kiwis beat us, we still put up the Kangaroos as favourites every single time,” the bookie’s Christian Jantzen said.

“You could say they’re due.”

The Australian team has been named, with four new faces set to make their debut with the national team.

New coach Mal Meninga is the obvious new face and the larger than life star will role out new wingers Semi Radradra and Blake Ferguson with Michael Morgan and Josh McGuire.

Born in Fiji, Radrada is ineligible for State of Origin, but has been picked for Australia, so expect the Kiwis to seize on that.

Darius Boyd will nick Greg Inglis’ job at full back, the Rabbitohs star shifted to the centres, while 13 of the 19 members would wear maroon on Origin day.

“This is a well-balanced squad and I’m extremely happy with it,” Meninga said.

“We have some experience as well as a handful of younger players who I am looking forward to seeing in this arena.

“It is the fourth most experienced line-up in Australia’s Test history but there will also be four players making their debuts.

“This is an incredibly important game for this group. I want to ensure the players have pride in the national jumper and my goal is to establish the Kangaroos back at the top of the international rankings.

“We have a Four Nations tournament at the end of this year and then a World Cup in 2017. This is the start of an important journey for the Kangaroos.”