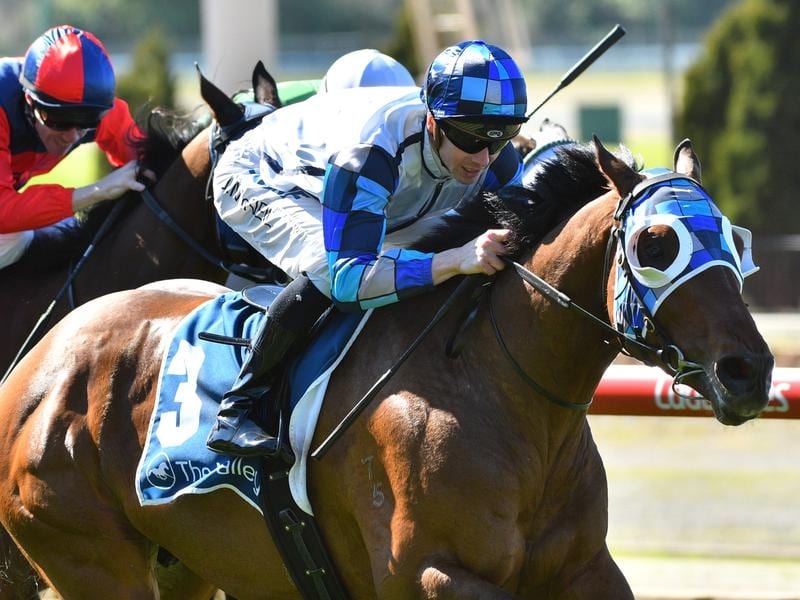 Ciaron Maher is hoping Moonee Valley winner Junipal can force his way into the Toorak Handicap.

Ciaron Maher knows a Group One victory is important for the future of Junipal after his first win for the stable at The Valley.

Maher, who trains in partnership with David Eustace, said Saturday’s win in restricted grade was an important stepping stone.

Junipal was a former member of the Darren Weir team and Saturday’s outing was the gelding’s fifth for Maher and Eustace.

“Weiry thought enough of him to take him to Perth and we took him up to Brisbane for the Guineas,” Maher said.

“He ran a cracking race but didn’t get a shot at them, got out late and hit the line really well.

“He hasn’t been out of work and hence why we went straight to the mile today. He looks to have come on and the team has done a good job with him.”

Maher said the Toorak Handicap at Caulfield in October could be a suitable race if the gelding could sneak in at the bottom of the weights.

“He’s always shown ability but he needs to win a couple of these to get his rating up to get into a better race like that,” Maher said.