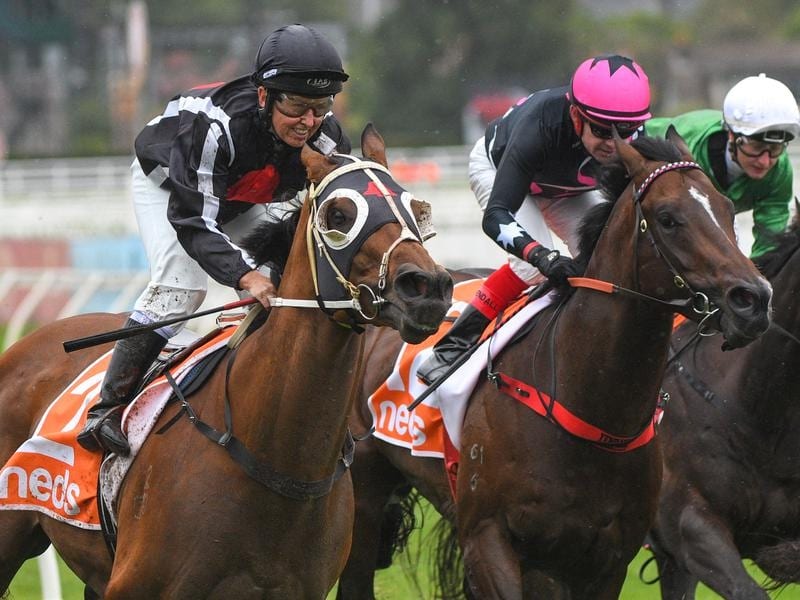 Trainer Mick Bell is hoping luck will be on the side of his sprinter Jungle Edge in the Sir John Monash Stakes at Caulfield.

Bell watched Jungle Edge get run down in the final stages by Oak Door in the 1100m sprint last year and says the gelding is going as well as he was 12 months ago.

It will be five weeks since Jungle Edge last raced and Bell is banking on a new formula that has brought the sprinter success in the past to pay off again on Saturday.

Prior to the rising 10-year-old’s last two victories, Bell gave Jungle Edge an 800m jump-out on his home track at Cranbourne.

Jungle Edge had a jump-out at Cranbourne on Monday and Bell said the gelding had come through the hit-out in great shape.

“That’s been the winning formula a couple of times, before he won here in February and again before he won in Adelaide,” Bell said.

“It seems to work and let’s hope it works again as he’s jumping out of his skin which is a good sign for an old horse.

“I think he gets his chance this time.

“The track will be soft by the look of it and there doesn’t seem to be any world-beaters amongst them, but in saying that these races are never easy to win.

“He seems to be in the race right up to his ears.”

Jade Darose, a regular trackwork partner of the gelding but who has only had three race-day rides including victory in the WJ Adams Stakes in February, returns for the ride on Saturday.

“She was very happy with how he trialled,” Bell said.

“She’s ridden him that much that she wouldn’t say that he’s going well if he wasn’t.”

Saturday’s race will be Jungle Edge’s first in Victoria since winning at Caulfield in February.

Jungle Edge had two starts in Sydney during the autumn before two Adelaide starts in May ahead of another trip to Sydney early last month.

“He got back from Sydney, had a couple of weeks in the paddock, and is raring to go now,” Bell said.