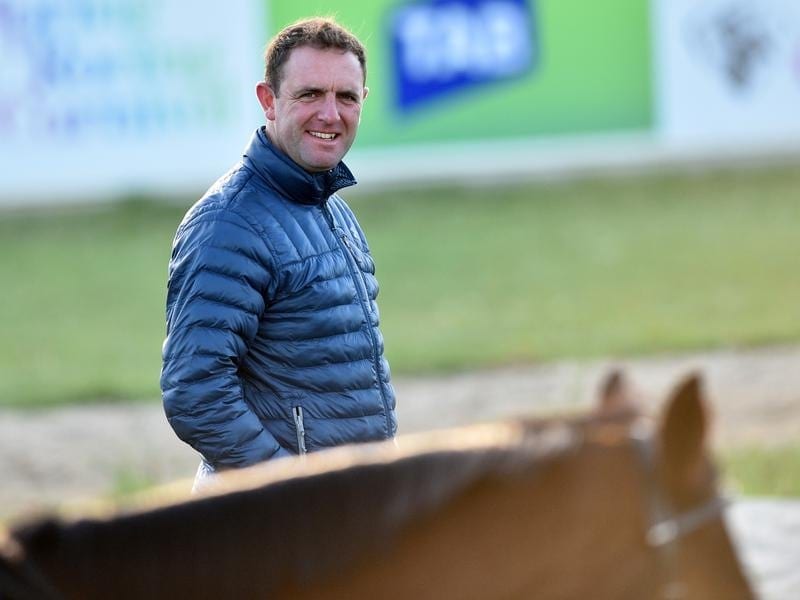 English trainer Charlie Appleby will have two runners at the Rupert Clarke meeting at Caulfield.

The Group One Sir Rupert Clarke Stakes will have an international presence with northern hemisphere visitor Jungle Cat headlining the nominations.

The Charlie Appleby-trained Jungle Cat won the Group One Al Quoz Sprint in Dubai at his most recent start in March and he is the highest-rated entry among the 24 nominations for Saturday’s Rupert Clarke (1400m) at Caulfield.

Jungle Cat is owned by Sheikh Mohammed whose Godolphin operation also has Home Of The Brave and Osborne Bulls, both trained by James Cummings in Australia, among the nominations.

Premier Victorian trainer Darren Weir has five horses nominated including last-start stakes winner Land Of Plenty who has been aimed at the race.

Weir, who has won the Sir Rupert Clarke Stakes twice before with Trust In A Gust (2014) and Stratum Star (2015), also has Group One placegetter Peaceful State, Cliff’s Edge, Danon Liberty and Ozi Choice nominated.

The Lindsay Park stable also has five nominations while the Anthony Freedman-trained Mr Sneaky will be striving to go one better after being run down late by stablemate Santa Ana Lane in last year’s race.

Jungle Cat is one of three Appleby-trained visitors currently completing quarantine at Werribee with another of the trio, last year’s Cox Plate placegetter Folkswood, also scheduled to run at Caulfield on Saturday in the Group Three Naturalism Stakes (2000m).