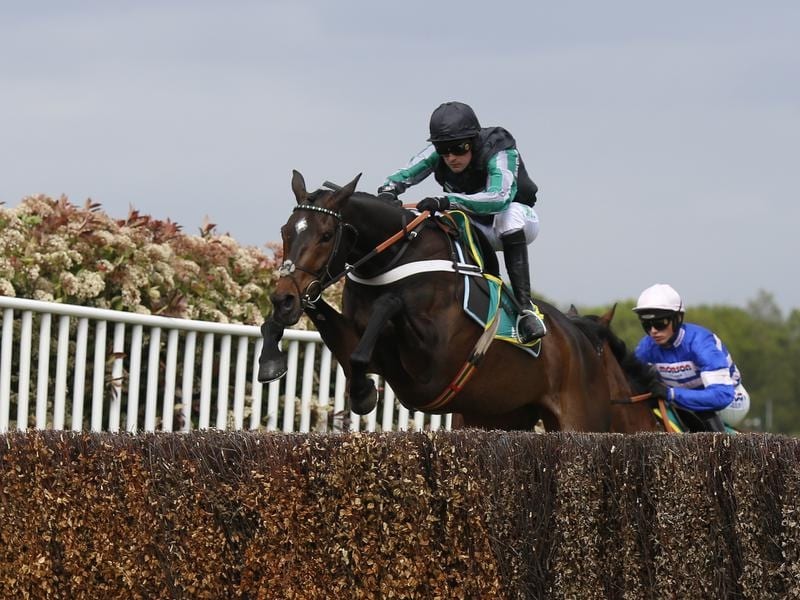 Altior has claimed a record 19th successive win over jumps in the Celebration Chase at Sandpwn.

Altior has claimed a record 19 jumps wins in succession with victory under Nico de Boinville in the Celebration Chase at Sandown on the final day of the National Hunt season.

After watching the Patricia Pugh-owned gelding win the Grade One prize for the third time as the 1-6 favourite, trainer Nicky Henderson forecast even bigger targets for Altior.

“He told us one thing today – go further, so that is what we will do,” Henderson said.

“There is not much point doing it for the Ryanair, so you have got to go King George. How we set it up, I’m not quite sure, but we’ve got a long summer to think about that.

“He is a champion and he has to be, as he has done what he has done – but as people say, you are not something until you have done something quite extraordinary.”

Henderson relinquished the champion trainer title to Paul Nicholls who claimed it for an 11th time and had a double on the day with Getaway Trump and Black Corton who gave golden girl Bryony Frost a winner on her return from injury.

“The team have worked hard and we have got to where we want to be,” Nichollsa said.

“The Grade One winners help, as did the day we had eight winners across the card.

“It is hard to explain to people what it feels like to win it, as it is quite surreal.”

Having celebrated his 3000th jumps winner at Cheltenham earlier this month, Nicholls already has his sights set on reaching more personal milestones.

“Clifford (Baker, head lad) and I always like to have an aim – we had the one of 3000 winners and it would be on our radar if we all stay fit and healthy to have 4000 winners and with that we might have a few more championships.

“If it happens that we do beat Martin Pipe’s total of 15 (titles) it will be fantastic, but I just want keep training lots of winners.”