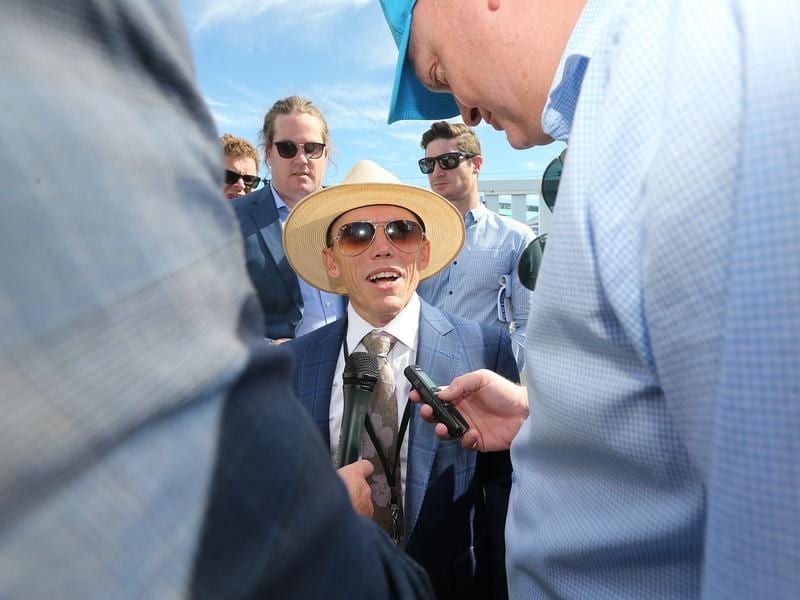 Chris Munce has used a proven method to get the best out of Gold Coast winner Johnny Whitesox.

Trainer Chris Munce used an old tactic to coax a belated birthday present for himself out of one of his favourite horses Johnny Whitesox at the Gold Coast.

He failed to get a winner on the milestone day but was just as happy to claim one a few days later.

Munce has always had a high opinion of Johnny Whitesox, a son of sire Show A Heart, who looked like a future top horse when he won three of his first five starts.

“His career hit a bit of a flat spot but he has come back well from a spell,” Munce said.

“Mind you, we jumped him over a few logs on Tuesday morning and that has focused him a bit. It seems to have been a winning tactic for horses for a long time.

“Johnny Whitesox is raced by a Shelley Hancox syndicate and she has been fantastic since I started training.”

Munce will now look at a return to Saturday city racing for Johnny Whitesox who won a Class 3 Plate on Wednesday.

They combined to win a two-year-old race with promising Missionary Bay ($3.90) who made up for an unlucky first-up defeat with a strong win on a heavy track.

A $35,000 Inglis Classic Sale buy, Missionary Bay has been entered for the Group One JJ Atkins Stakes on June 8.

Costa and Cahill were then expected to make it a double in the next race, a maiden, with Set to Sizzle ($1.75).

However the gelding was slow to jump before finishing third, beaten 2-3/4 lengths.

Shinn relocated to Queensland for the winter from April 27 and Addocarr was his 13th winner from 39 rides.