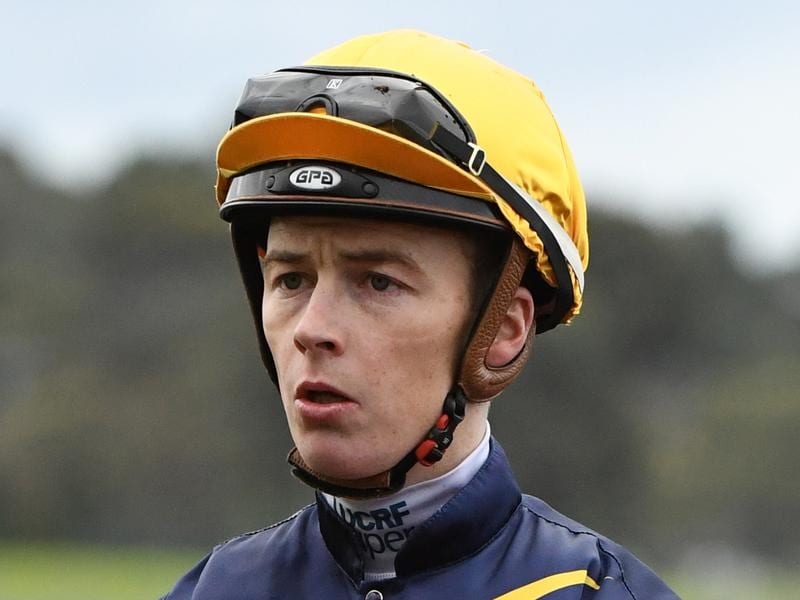 Patrick Moloney says he found out via Twitter that Singapore Turf Club had cancelled his licence.

Melbourne-based jockey Patrick Moloney hopes to return to Singapore one day to build on his international career.

However, he will now have to wait after the Singapore Turf Club cancelled his licence last week.

Moloney started a 12-month contract in the Asian hub at the start of the year and returned to Melbourne when racing in Singapore was shut down in April.

He rejoined the jockey ranks in Melbourne in May and was waiting for the pandemic to ease before looking at making his way back to Singapore.

Kranji racecourse saw the first Singapore meeting back on July 11, with racing continuing on Sunday. There will be one meeting a week through August.

Moloney said he had written to the club two weeks ago to advise of the difficulty in returning to Singapore.

“I found out my licence was cancelled on Twitter,” Moloney said.

“At the end of the day I couldn’t leave Australia and (Singapore authorities) wouldn’t let me in.

“I’ll give (chief steward) Terry Bailey a call at some time as I would like to go back at some stage when the climate changes.”

Moloney was starting to make inroads in Singapore after a slow start and had ridden eight winners before his return to Melbourne.

Like Moloney, Rodd has based himself in Melbourne, while Collett, a Group One-winning New Zealand jockey, has relocated to NSW.