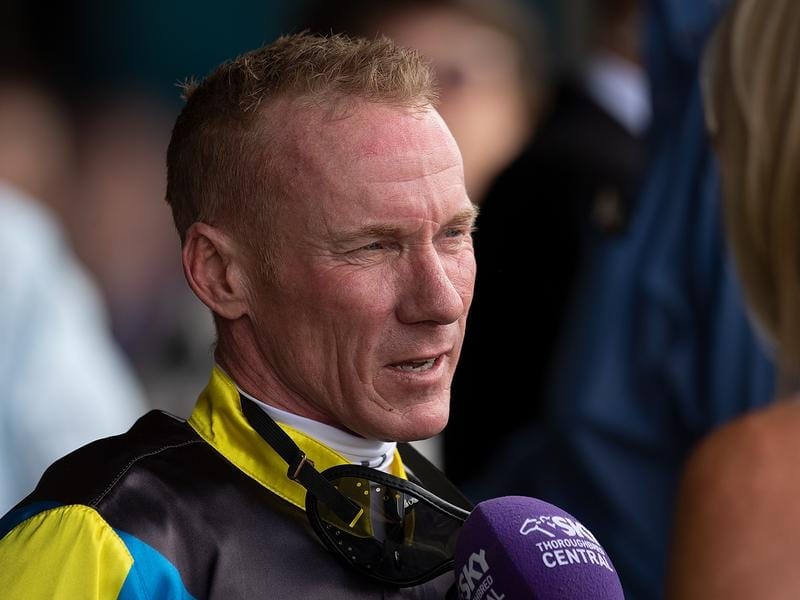 Brisbane jockey Jim Byrne will be out for several months after he undergoes shoulder surgery.

Multiple Brisbane premiership-winning jockey Jim Byrne will be out of action for several months after re-damaging his shoulder while riding star colt Garibaldi to victory at Eagle Farm.

Byrne, 47, the winner of five Brisbane premierships, has been told he could miss three to six months after he has surgery on Wednesday.

He said he had been told he had in effect torn the bicep away from the shoulder bone and it worsened when he rode on Saturday.

“They will have to go in and screw it back into place. It will take time to mend and the doctor said I will have to give it rest to recover,” Byrne said.

“I fell off a horse at track work a couple of weeks ago but thought it was fine. I was OK to ride on Saturday but after I had gone about five strides on Garibaldi I knew something was very wrong.

“I have ridden in a race before with a broken hand and I knew the sudden very bad pain meant something bad.

“I went to the specialist on Monday and on Tuesday he said he would get me in as soon as possible for surgery on Wednesday.”

His effort on Garibaldi is testament to Byrne’s toughness.

“I had to ride through the pain barrier but it was obvious after that I couldn’t continue to ride,” he said.

Byrne is currently third on the jockeys premiership behind Jeff Lloyd and Ryan Maloney.

“I wasn’t exactly setting the world on fire this season but I was getting some winners. I am too young to retire so I will be back and it is just a matter of when,” he said.