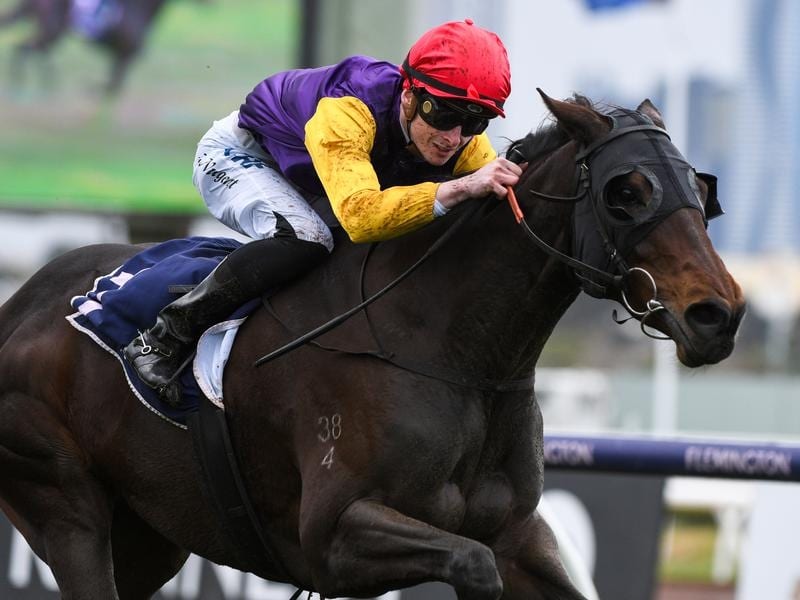 Apprentice Teo Nugent is quickly rising through the ranks and has recorded a milestone victory aboard Jinda at Flemington.

The win was Nugent’s first for the new racing season with the apprentice holding ambitions of winning the Melbourne metropolitan apprentices’ title this season.

“That’s my three kilos gone as of today and the first winner for the season,” he said.

“I’ve had that many seconds and thirds lately, so it’s super.

“I want to try and eat away as much of my claim as I can this season, but the major goal is the metro apprentices’ title after I won the Victorian overall title last season.”

The Hyland partnership has been in top form with three winners from their past three metropolitan starters.

Chris Hyland said he and his father had scaled back their operation with only 12 horses in work at Cranbourne and credited owner Robert Anderson for Saturday’s success.

“I was wanting to run her in a restricted race on Wednesday, but he said the breed love the wet and she’s down in the weight,” Hyland said.