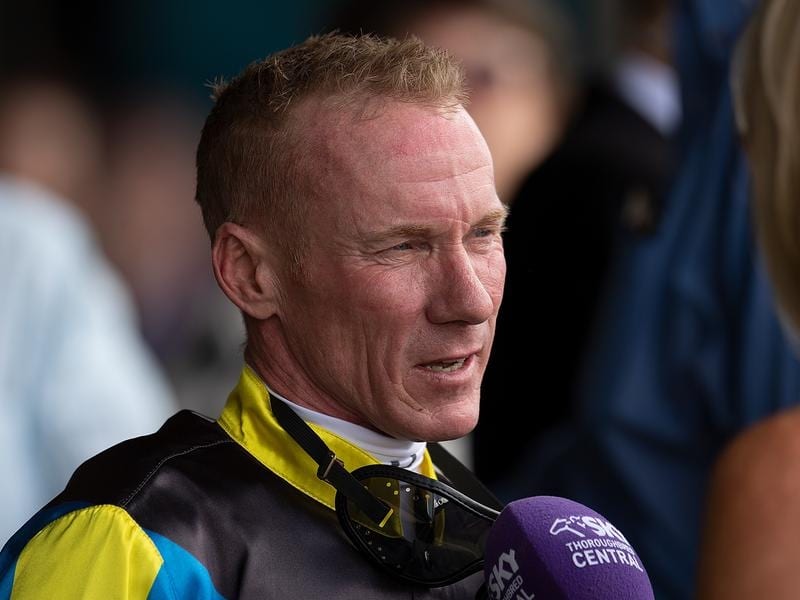 Brisbane’s Jim Byrne makes his return to riding at Doomben after an injury lay-off of four months.

Five-time champion Brisbane jockey Jim Byrne is looking to make a successful late appearance at the winter carnival on his favourite track, Ipswich.

He will make his return to race riding at Doomben on Wednesday and then hopes to have close to a full book at Ipswich on Saturday for the Cup meeting.

Byrne has not ridden in a race since winning on Garibaldi at Eagle Farm on February 2 when he aggravated a shoulder injury.

He has had surgery on the shoulder and has been easing himself back by riding in barrier trials for the past three weeks.

Byrne has won the Brisbane metropolitan premiership five times and is also regarded as the King of Ipswich where has won nine jockeys titles.

He has won the Ipswich Cup on three occasions and won every major race at the track.

Byrne’s manager Cameron Partington said Byrne had not wanted to rush back for the sake of riding in the carnival.

“He has given his injury every opportunity to heal and he is ready to go,” Partington said.