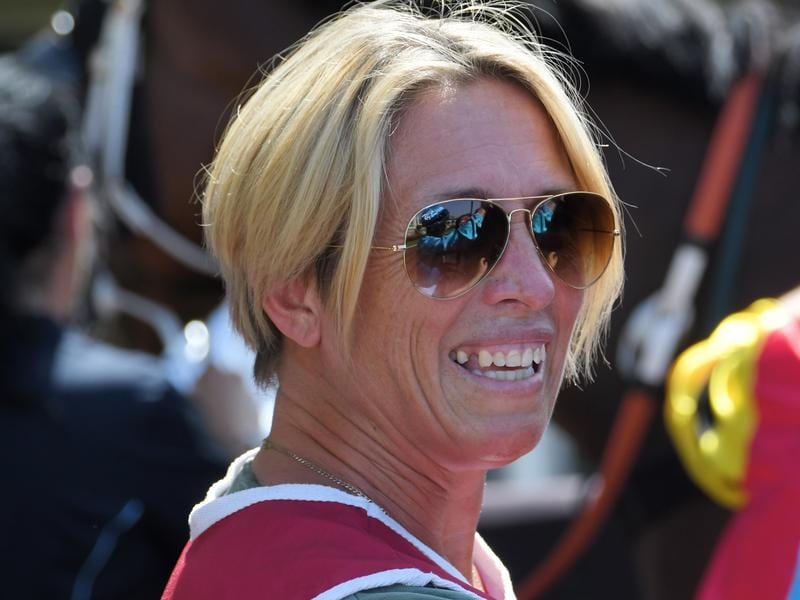 Trainer Kristen Buchanan has high hopes for Jazzland who steps up to Saturday grade at Rosehill.

Kristen Buchanan might have second-guessed her opinion of Jazzland if not for some technological back-up.

The gelding had shown ability at home but finished down the track in five barrier trials before he even got to the races.

When he did make his debut he was well beaten in a maiden at Taree.

Luckily, Buchanan kept faith in herself and her horse, with the support of a group of patient owners.

“I use an E-Trakka, which is a GPS and heart rate monitoring system, and on a lot of the parameters of that he’s an outstanding athlete,” Buchanan said.

“His recovery is amazing, his movement is amazing. He ticks a lot of boxes there so I used to go on and on about him.

“But I had that background information to add to my personal thoughts on him and the owners trusted me and were very patient and now they’re reaping some rewards.”

After that inglorious first start, Jazzland was spelled and returned ready to be a racehorse.

He followed a win at Muswellbrook with a second to reigning Queensland Oaks favourite Scarlet Dream at Newcastle before stringing together back-to-back middle-distance wins at his home track of Wyong, one of them by almost nine lengths.

He finished runner-up on resumption over 1600 metres at Warwick Farm earlier this month and will appreciate a distance rise to 1800 metres in the Might And Power Hall of Fame Handicap at Rosehill on Saturday.

Buchanan has big dreams for Jazzland but is happy to take a conservative approach for now and let the horse go through his grades, starting with his first test in Saturday company.

“We do have some bigger races in mind for him but he’s got a couple of rungs on the ladder to step up first,” she said.

“There’s some really nice form around him. He’s a nice, progressive stayer in the making.”