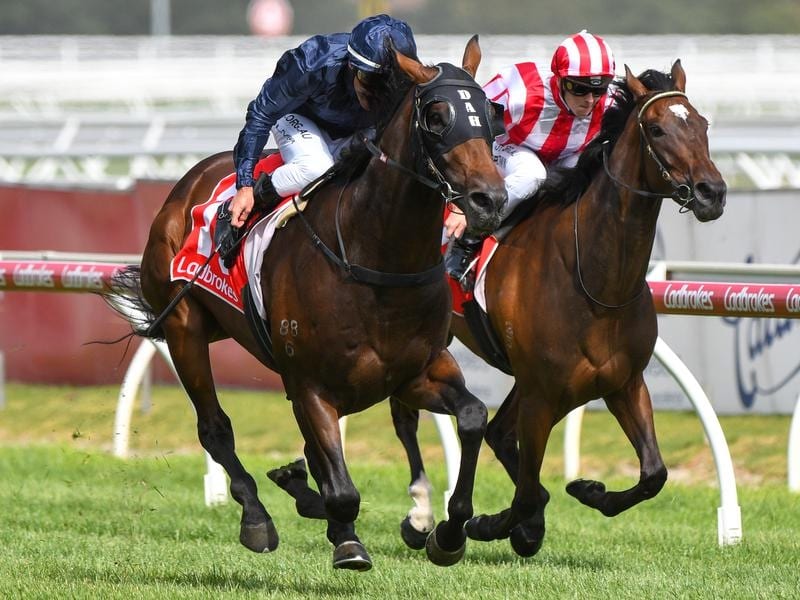 Premier Sydney jockey James McDonald will ride Conqueror in the Karaka Million 3YO Classic as he and the Lindsay Park stable chase back-to-back wins in the race at Ellerslie.

They combined to win in 2019 with Long Leaf and McDonald will ride Conqueror for the first time in the $1 million race over 1600m on January 25 for graduates of the Karaka sale.

Like Long Leaf last season, Conqueror was placed in the Sandown Guineas at the back end of the Melbourne spring and has had one lead-up run in Melbourne in early January in preparation for the New Zealand feature.

Conqueror showed he was on track for his trip across the Tasman when he won a 1400m benchmark-78 race against older horses at Caulfield eight days ago with Damien Oliver aboard.

“He came through the win at Caulfield well and he will head over the week of the race,” Lindsay Park co-trainer Tom Dabernig said.

“We’re trying to follow a similar pattern to what we did with Long Leaf.

“James McDonald is booked for the ride and everything looks to be on track.

“We didn’t have him 100 per cent wound up for that race at Caulfield, thinking in three weeks time we were going to a mile.

“We did that with the travel and everything in mind.

“He did a good job to win and there will probably be a bit of improvement to come.”

Dabernig said Conqueror was a sensible colt with a great temperament who should handle the travel.

“The race is Sydney way of going (clockwise) but he has been doing some work that way and he’s a very balanced horse so I think he’ll adapt pretty well,” Dabernig said.

“He’s been in right through spring but he had seven weeks from the Sandown Guineas to the race at Caulfield so he had a working holiday.”

McDonald returned to his native New Zealand for a working holiday over Christmas and New Year and rode three winners, including True Enough in the Group One Zabeel Classic, at Ellerslie on December 26.

He followed that with four winners at Ellerslie on New Year’s Day.