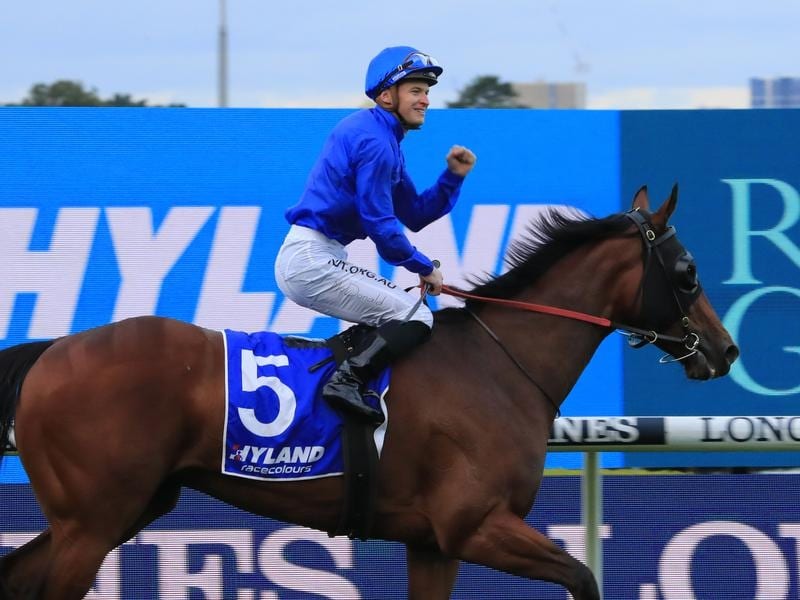 James McDonald has all but sealed another jockeys’ title after notching a century of winners.

James McDonald has ended a tough week on a triumphant note, becoming the first jockey in more than a decade to ride a century of Sydney winners in successive seasons.

McDonald had to wait until the final event to land the milestone, riding a measured race to win aboard Godolphin three-year-old Kordia.

The last jockey to rack up 100 metropolitan winners in consecutive seasons was Hall of Famer Darren Beadman, who as assistant trainer for Godolphin, fittingly helped provide McDonald’s century.

McDonald also extended his premiership lead over Nash Rawiller to more than 20 and looks to have back-to-back championship titles in the bag despite an upcoming three-week suspension.

“It has been really good fun fighting it out with Nash, we were going toe-to-toe for a while,” McDonald said.

“I have been rewarded with some really exciting wins.”

Beadman rode more than a century of winners five seasons in a row between 2002-2007 and said it was no easy feat.

He achieved it when he was at the peak of his powers in his mid-30s and had the backing of leading trainer John Hawkes.

He said McDonald’s effort to manage it in his 20s during one of the most competitive eras in Sydney racing reflected the young rider’s horsmanship and focus.

“You’ve got to live, eat and breathe racing and you’ve got to have good support behind you, which I did with ‘Hawkesy’ and a lot of other trainers as well.

“It’s a challenge if you want it.”

It was a happy end to a difficult week in which McDonald was issued a running and handling charge by stewards for showing a lack of vigour and purpose aboard beaten favourite Threeood at Randwick last Saturday.

He was suspended for three weeks with the penalty to begin on Sunday week.

McDonald has indicated he will appeal the ban.