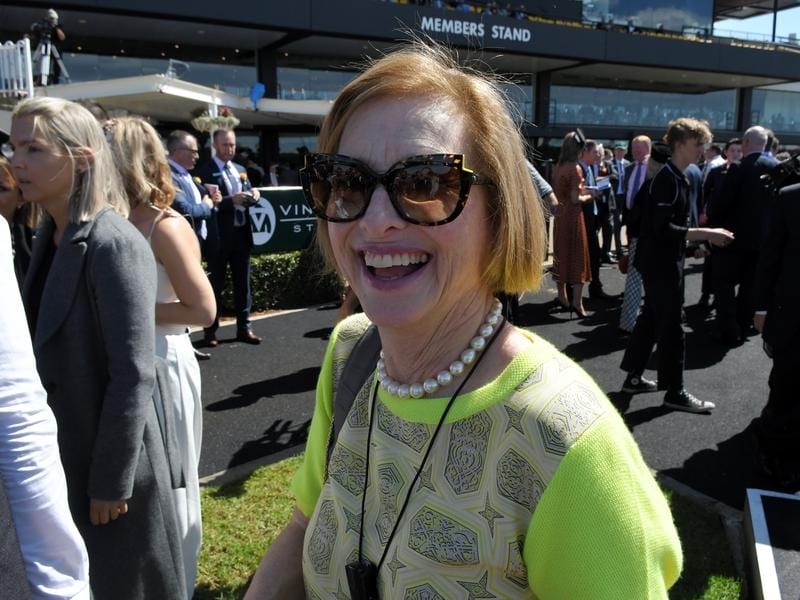 A text message sent to Gai Waterhouse has led to Shane Jackson becoming her go-to rider in jumps races.

Waterhouse was lamenting how difficult it was to get a rider for her horses at the start of the jumping season until she received a text message from Jackson.

Along with training partner Adrian Bott, Waterhouse has raced two runners in jumping events this season, winning with Goodwood Zodiac at Pakenham before success on Tuesday with Social Element in the second division of the maiden hurdle at Warrnambool.

Jackson said he received a text message from Waterhouse while overseas and contacted Waterhouse when he returned to Australia to offer his help.

“I sent them a text and said if they ever needed me, give me a bell,” Jackson said.

“I rode a trial for them at Cranbourne one day and they asked if I’d be interested in riding their jumpers for the season.

“I wasn’t committed to a stable and so I offered to commit to her horses and it’s worked out well.”

Providing he recovers well from Tuesday’s win, Social Element could back up on Thursday in the Champion Novice Hurdle.

Waterhouse said Social Element did his early jumps education with Eric Musgrove after beginning his career on the flat career.

“We put them over the little jumps and see which horse likes it,” Waterhouse said.

“Sometimes they hit a flat spot in their racing and no longer want to train on but jumping gives them plenty of years ahead.

“Today’s a perfect example of having another life.”

Jackson completed a race-to-race double aboard the former Darren Weir-trained Euroman who won the third division of the maiden hurdle for Ciaron Maher and David Eustace.

As a member of the now disqualified Weir team, Euroman was schooled by Jackson before making his jumping debut on Tuesday.

“I knew this horse well from a couple of years at Weiry’s,” Jackson said.

“I trusted his jumping over the last four hurdles and he kept on running.”

The Robbie Laing-trained Darabad, a horse bought as a Melbourne Cup contender, finally won his first race in Australia, taking out the first division of the maiden hurdle.