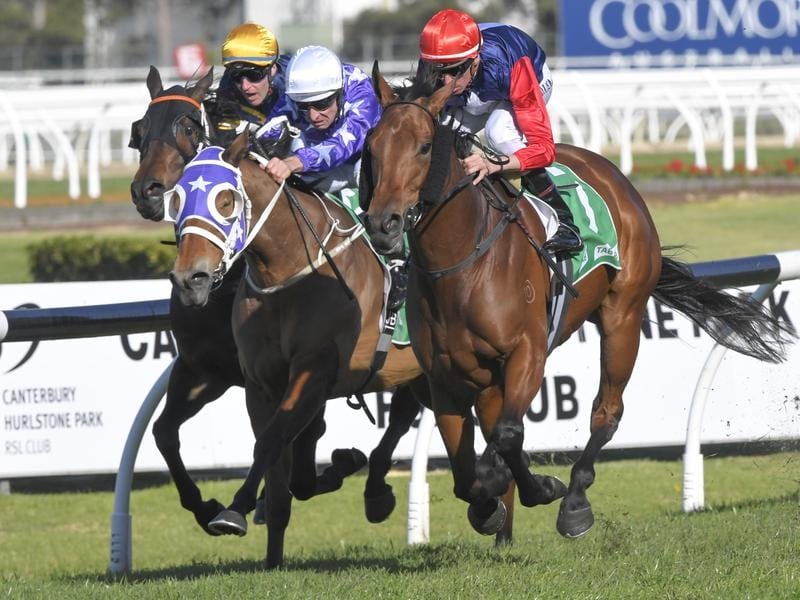 Nash Rawiller (right) has ridden his most important winner since returning after a long ban.

Nash Rawiller has continued to notch milestones on his return to riding after serving a lengthy ban.

Rawiller spent 15 months on the sidelines after being outed by Hong Kong stewards for accepting gifts in exchange for tips.

He spent several anxious months under virtual house arrest with his passport confiscated until he was allowed to come back to Australia last spring.

After deciding to resettle in Sydney, Rawiller returned to the saddle on July 25 and has ridden six winners including his first at a Saturday metropolitan meeting on the John Thompson-trained Sweet Deal at Rosehill.

The $3.40 favourite, Sweet Deal beat Fortensky by 1-1/4 lengths after racing on the pace.

“I was very confident from a long way out,” Rawiller said.

“It was just a matter of waiting for things to happen in front of us and when the run came, she did the rest.

“She’s a mare I think can step up to stakes grade.”

Thompson would no be drawn into a stakes target just yet.

“The plan is to win as many races as we can with her but we will take it one step at a time,” he said.