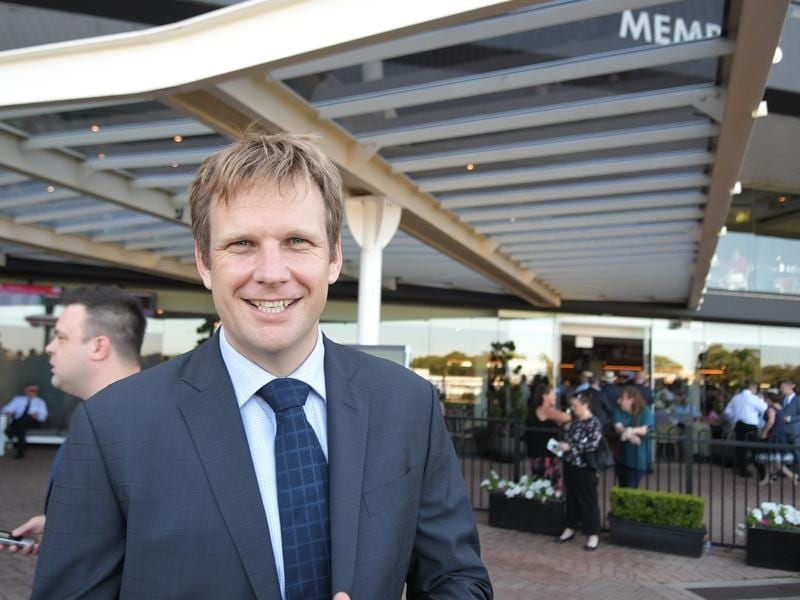 Trainer Bjorn Baker is dreaming big with tough mare Irithea who will be nominated for the Group One Stradbroke Handicap after breaking through for a stakes win at Hawkesbury.

The five-year-old was jumped straight to the front by Josh Parr in Saturday’s Group Three Hawkesbury Crown (1300m) and never relinquished her position.

“She is genuine and raced well last time when second to White Moss,” Baker said.

“She’s five years old and it’snot often you say a five-year-old is getting better but she is improving.

“We’ll have a bit of a think and might go straight to Queensland. I wouldn’t rule out nominating her for a race like the Stradbroke and having a go.”

Irithea had run in four stakes races before Saturday and recorded four minor placings including her recent second to White Moss in the Group Two Sapphire Stakes (1200m) on April 13 at Randwick.

Three of her seven wins have been over the 1400m of the Stradbroke in early June.

Nominations for the Brisbane winter features close on Tuesday and Irithea’s jockey Josh Parr said she would not be out of place at the carnival.

“When she finds the front she’s got more heart than most. When they come at her she really finds. It was a good win and it won’t be her last.”