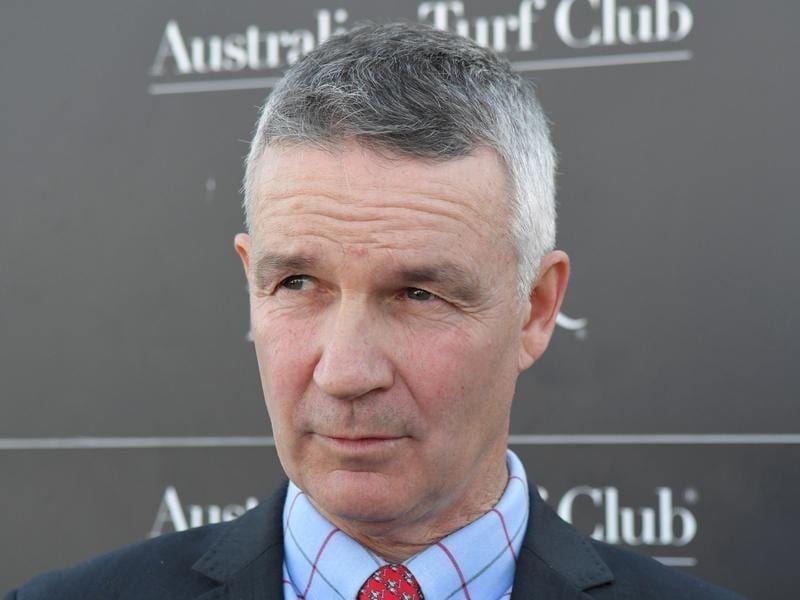 Trainer Matthew Smith is looking to Invictus Prince to break through in Australia at Randwick.

Invictus Prince will fly the flag solo for Matthew Smith at Randwick with stablemate Fierce Impact headed to Melbourne.

Fierce Impact is an acceptor for the Star Mile in Sydney but Smith has confirmed the horse will go to Caulfield for either the Group One Toorak Handicap (1600m), for which he is an emergency, or the Weekend Hussler Stakes (1400m) where he is assured a start.

“I’ve got him in a Group One on Saturday. I suppose that gives away where I think he’s at. I think he’s going to be a good horse.”

Invictus Prince has also shown promise at his first local campaign and gets out to 2000 metres for the first time in Saturday’s Craven Plate at Randwick.

An eye-catching second to Winx over 1400m in August, Invictus Prince finished midfield at his most recent run in the Epsom Handicap and Smith expected him to enjoy a distance rise.

“We were surprised he sharpened up but it happens a lot with the European horses. They get out here and we train them a bit differently and they get a bit of speed back in their legs.

“We’ve been very happy with his preparation. He’s looking for the 2000 and I think he’ll be well suited on Saturday.”

Randwick was rated in the heavy range on Thursday and Invictus Prince has solid form in the wet, including a placing at his only try on ground worse than slow.

It’s Somewhat was runner-up to Ace High in the Hill Stakes two weeks ago and Godolphin trainer James Cummings expects him to peak on Saturday.

“I deliberately gave him two grounding runs and he responded with an excellent third-up effort in the Hill Stakes which should be good form for this race,” Cummings said.

“I’m confident we’ve got him perfect for the Craven Plate on a signature day.”