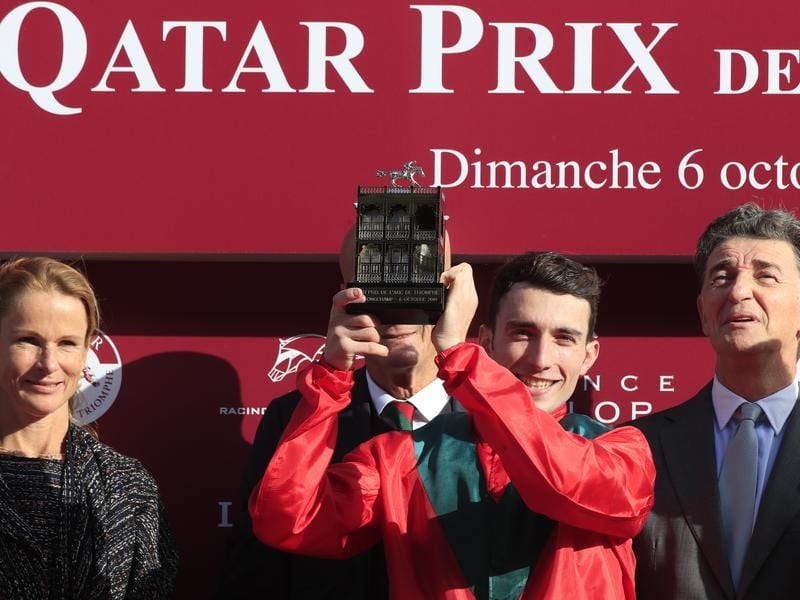 A stint with premier trainer Chris Waller whetted jockey Leigh Roche’s appetite for Australian racing and the Irishman is hoping to return with a bang aboard international raider I Am Superman in the inaugural Golden Eagle.

Roche was apprenticed to Dermot Weld in Ireland and spent eight years working for the dual Melbourne Cup winning trainer before heading to Australia for a three-month stint in late 2016.

He is thrilled to be back at Rosehill on Saturday, especially for a $7.5 million race.

“I loved it here when I was here three years ago with Chris Waller,” Roche said.

“It’s a big opportunity and I’m very grateful for getting out here and please God, bringing some of it home.”

Group Three placed in Ireland at his most recent start in August, I Am Superman is the least fancied of the three international raiders.

With the scratching of Zousain, he will jump from gate 13 in the field of 16 and Roche plans to ride him positively.

“He’s got good cruising speed. He jumps and he travels very well and he’s a big-striding horse so he gets into a rhythm and uses his stride,” Roche said.

Fellow Irishman Pat Dobbs, stable rider for trainer Richard Hannon, partners Beat Le Bron for his boss and has ridden the horse at his past four starts for three wins.

Dobbs believes a solid tempo will be key to his chances.

“I just hope they go a good gallop, that’s more important than anything,” Dobbs said.

“If they go a good gallop and he settles he’s got a very good turn of foot when he does relax in his races.”

Never No More is considered the brightest hope for the overseas brigade from a kind draw in seven and has the nous of champion trainer Aidan O’Brien and star French jockey Pierre-Charles Boudot.

Boudot is looking forward to his first Australian ride aboard the experienced traveller, who finished fifth in the Group One Secretariat Stakes at Arlington two starts ago.

“We have a good draw. The ground is perfect, it’s good, it’s not too firm. I think it will be perfect for my horse,” Boudot said.

The jockey has had a stellar year with six Group One victories at home including the biggest prize of all, the Prix de l’Arc de Triomphe on Waldgeist who lowered the colours of Enable.