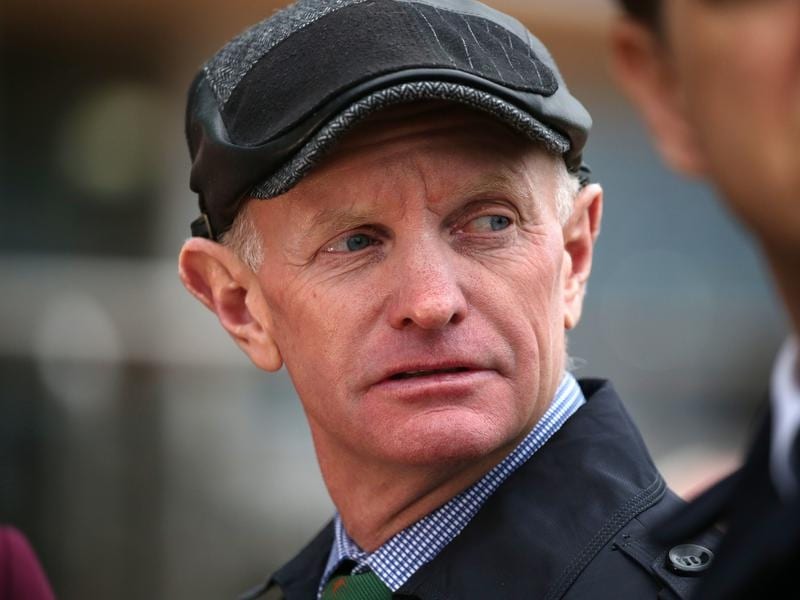 Trainer Phillip Stokes is keen to test Indiscretion at Sandown with a view to the spring.

After closing strongly for second behind the promising Excused on debut, two-year-old filly Indiscretion will head back to Sandown chasing a late-season city win ahead of a potential spring campaign.

Indiscretion got back in the field on a heavy track two weeks ago on the Hillside course over 1000m but hit the line well to finish three-quarters of a length behind Excused from the Lindsay Park stable.

The Phillip Stokes-trained Indiscretion is the early favourite to notch her first win at her second start in Wednesday’s Ladbrokes Odds Boost Handicap (1200m) for two-year-old fillies on the Lakeside course.

“She’s a nice filly and she finished off her race really well the other day,” Stokes said.

“She didn’t really appreciate all the kick back but she still found the line really well.

“The extra distance tomorrow suits and she’s had the race experience now so she should be very competitive in something like this.”

If Indiscretion can perform strongly and boost her prize money and rating, she could be freshened for a spring campaign.

“I think she will definitely get out to a mile (1600m), so this will be another test for her and then maybe we’ll give her a little break after this and aim for something in the spring,” Stokes said.

Stokes had talented two-year-old filly Sizzlefly suffer her first defeat from three starts on Saturday at Caulfield when she was overhauled by the promising Anthony Freedman-trained gelding King Of Hastings at the end of 1200m.

Stokes was happy with the filly’s performance and although Sizzlefly raced wide the trainer believes he has learned a bit more about her ahead of her spring campaign.

“I’m not convinced she’s a filly who is going to get over a trip,” he said.

“I think she might be better kept around the 1000 to 1200-metre sprinting distances. So I might train her a bit differently.

“She’s going to have a two to three week break and then we’ll get her back in.”

Along with Indiscretion, Stokes also has four-year-old gelding Good Idea running at Sandown and he is among the leading chances in the Long Fine Plate (2100m).

“I think that looks a really nice race for him,” Stokes said.

“As long as he relaxes and does everything right he’ll be very competitive back to that distance.”